.......are like pitchers of beer at the St. Simons bowling alley.

All's quiet in Butts-Mehre this weekend. The players are huddling with family and friends for a change and the coaches are surely huddling with future players they hope will choose to wear silver britches. The only sound coming from the building is a dryer full of wet laundry someone left running. Let's see if we can sort through it.
Let's start with some recruitin'. As other schools in the southeast dabble in coaching changes some recruits who had previously committed are beginning to stretch their neck back out. It has been reported this week that J.K. Jay of Greenville, SC is willing to look at UGA in case Clemson doesn't retain their current staff. CMR and Coach Searels jumped at the opportunity and will be entertaining the young behemoth this weekend. If Jay were to switch commits (and it looks like we are the only other school he may look at as he has spurned opportunities to visit floriduh and bamma) it would add to what is shaping up to be a stellar O Line class. Jay would join Chris Burnette (no relation), Austin Long and Dallas Lee as UGA commits and we have our interest in a couple others who are also on ESPN's 150 Watch List.
Speaking of Clemson, there are rumors that the head job is Dabo's to lose. Swinney took over when Tommy Bowden played some Steve Miller Band and took the money and run. There is evidently a lot of support from the athletic director for Dabo, but to hire him would be putting 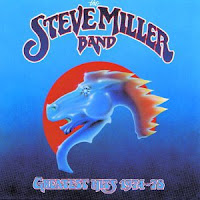 the ADs neck on the line. If Terry Don Phillips doesn't get his way, then Bobby Johnson will be given a chance to turn the job down. I don't know much about Dabo, but I do know that the Tigers need a coach that forces his players to get tough. They laid down in the Georgia Dome after the first two snaps. Bobby Johnson would not allow that.
More coaching news:

This and That:
Myron Rolle's 36 game streak as a starting safety will come to a close in the early evening Saturday in College Park, Maryland. If you're asking if this is another Seminole to be suspended, then you don't know this young man very well. I've

followed this kid since he was a 5 star recruit out of New Jersey. Rolle will spend most of his day in Alabama interviewing to become a Rhodes Scholarship recipient. Rolle, a junior, should finish up around 6pm, quickly board a plane and catch up with his teammates by halftime. Rolle arrived at FSU after a recruiting battle that this blawgger had hoped would end with the future neurosurgeon as a Dawg. He enrolled at FSU a semester early and has already graduated. If things go well Saturday he will have an interesting choice to make: FSU, NFL or Oxford. All three could do a LOT worse.
Well, Knowshon and Stafford aren't in the running for a Rhodes Scholarship, but there are a lot of Dawg fans interested in where they'll be in August '09. SO interested, that a website has

recently been created to "aid" them in turning their back on millions of dollars. Don't Go Dawgs even allows visitors to sign a guest book where you can implore our stars to ignore the opportunity to embrace financial security for them and their families. This blawgger prefers to leave this site alone.
Why, you ask? First of all, I doubt Stafford and Moreno will take the time to read and consider the thoughts and musings of Joe Fan before they pull the trigger. Secondly, as much as people make of greedy players leaving school early to grab a bag of cash, they should .......with all due respect ...... look in the mirror.
I would love to see both 7 and 24 return next year. And as a player it would have to be tempting. An experienced O line; AJ Green in his sophomore season; those 20 or so players on crutches and rehabbing in the training room return to the sideline in a uniform. I also pay attention to those pesky graduation reports the NCAA puts out each year. And I know both of these young men are close to finishing their degrees. But I'm not so greedy that I feel they should be given some guilt trip and should feel obligated to stay on campus. This is an opportunity for these players to provide for themselves and their loved ones. It could be there next year. It may not.

And one thing we know for sure is that the NFL will institute a Rookie Salary Cap after this next draft. To put that in perspective, it could mean a difference of not just 7 figures, but possibly 8 figures difference in guaranteed money once their contracts are worked out. That is a factor that will definitely be on Stafford and Moreno's mind in the coming months. Of course they are both competitive. Maybe they will also consider the bad taste Jacksonville left a couple of weeks ago, the lack of a championship, an opportunity to do something special next year.
Whatever their decision, life as a Georgia fan will continue on and we will all wish them well, as a Dawg or as a pro athlete. 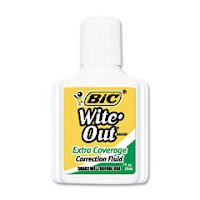 This week's trivia is brought to you by a Miranda's Homebrew - as smooth as the surface of the reused bottle. Who is the only team currently in the ACC or SEC to have an all-time losing record to Wake Forest? Winning comment receives a bottle of Liquid Paper.

There's much more to discuss I know. But the bye week has a tendency to water things down some. My State of the BullDawg Nation will be ready for print by Monday. And of course we'll take a closer look at this team of insects that completely obliterated Miami last night. I knew a hurricane could not sustain its forceful winds this far inland, but holy crap!! Various beat writers reported that some Dawgs would be watching the game on ESPN hoping to glean some insight. After that impressive display I just hope they come back to campus next week.

Stay warm. Be a good neighbor. And as always, wear clean socks.

Bernie
Hunker'd Down by Bernie at 6:39 AM

Looks like you are just piling on now... But that would be UGA that has a losing record vs. the Deacs. Apparently we have played them 3 times, but lost 2 of those dangit. Oh well... What can you do!

Steve Miller band - now that reference I get!

Having dinner with my favorite former UGA coach on Saturday - I have to get your blog feed onto his Blackberry, he would also enjoy your posts I bet!

Have a great weekend Bernie... oh and send me your mailing address via a Facebook message - the birthday fairy will be hovering over your neck of the woods next week!