Chizik is off the Chizzang!
Auburn has a new leader and his name is Snoop Dogg. Or at least it might as well be.
Mike Leach had an 11-1 record this season in the Big XII, but wasn't even given a glance. Gene Chizik went 2-10 this season in the Big XII and was given the keys to one of the top programs in the nation. You can officially place the Auburn faithful into two groups right now. Those with the word HUH? continuously hanging from their lips and those that are a little too quick to defend the hire. 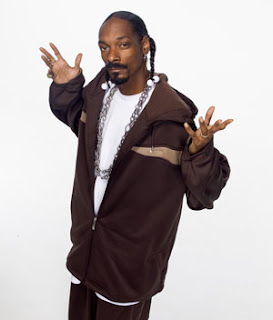 You know, they say something like, "He's our coach and I support him. (long pause) DO YOU KNOW HOW HARD IT IS TO WIN IN AMES?!?!?" Simmer down, simmer down.
Yes, Chizik won just 5 games while sipping his gin and juice during his tenure at Iowa State. But he lost his last ten and needed victories over Kent State and South Dakota State this season to avoid going o-for '08. From 2-0 to 2-10. Ouch! And don't think that he had the uneviable task of playing Oklahoma, Texas and Texas Tech. Cuz he didn't have to line up against any of them.
So, does Chizik have any ties to Garner? I dunno. But there are rumblings that part of the breakdown between Tuberville and Jacobs was their interest in releasing some assistant coaches from their duties and Tubs' loyalty to them. If that was a line in the sand, I would expect that Auburn officials would have a few names for Chizik to call.
Word on the street is Martinez isn't one of them.
But I would be surprised if we're not looking for a new defensive and offensive line coach in as little as a week. Both Searels and Garner are Auburn alums and former players and would be bigger losses than Moreno, Owens, Stafford and Allen put together. You can bet Pat Dye has already recommended them to Snoop....er...I mean Chizik. In fact, is that Tammy Mettenberger's phone ringing right now......
Heisman Trophy goes to a quarterback
So Tebow is left off of 109 ballots and yet gets more first place votes than Bradford. Congrats to Mr. Bradford and he is very deserving of this award, but it sounds like the Heisman voting could use an electoral college to further screw things up.
Bradford owes a BIG thank you to both voters with agendas and faulty tie breakers in the Big XII. Most voters waited until after last week's games to cast their ballot. McCoy probably should've won the trophy but didn't play. And the other finalist finished playing four hours before Bradford. This was a case of who holds the ball last, wins.
Dawgs put academic exams behind them, prepare for gridiron exam
News outta Athens is slow leading up to bowl preparations. It might be a good time to peek around and see what some other more knowledgeable writers are offering up.
First stop, David Hale has a two part interview with Damon Evans posted to his blog. I found his take on the season and more importantly the status of the program particularly refreshing.The man is obviously a good administrator with great leadership skills. Jay Jacobs ! Pay attention! Athens Banner-Herald's Marc Wesier ran a piece on the bonuses that are in store for the coaching staff. See if you think the numbers add up. Rivals has the bowl games ranked in terms of best to worst. Click HERE for The Dead Guy's run down of the SEC side of things or HERE to go straight to Rivals.
Exams are now over and practices will begin to pick up. I guess we'll also know soon if there are any academic casualties that get left behind as the team heads to sunny Florida. Meanwhile, let's get to some............
Shout outs:
Suspensions:
Monday Leftovers:
And to wrap things up, the tradition of Festivus begins with the airing of grievances. I've got a lot of problems with you people! And now you're gonna hear about it! Last week's trivia was a complete bust. BDB had one entry. It included a brief excuse and a Wikipedia link, that didn't link. Not exactly a Festivus Miracle.
But rules are rules and the Festivus Pole must go to someone. So the person that submits their favorite Seinfeld quote that makes Bernie chuckle out loud will win the playoff round. And will gain a leg up on the feats of strength.
Have a great week reader. Only 9 shopping days left.
Bernie
Hunker'd Down by Bernie at 3:36 PM

"I still can't believe you're going out on a blind date."
"I'm not worried. It sounds like he's really good looking."
"You're going by sound? What are we, whales?"
- Jerry and Elaine, in "The Wink"

"It's not fair that people are seated first-come, first-serve. It should be based on who's hungriest. I feel like just walking over there and taking some food off somebody's plate.
"I'll tell you what, there's fifty bucks in it for you if you do it."
"What do you mean?"
"You walk over to that table, you pick up an eggroll, you don't say anything. You eat it, say thank you very much, wipe your mouth, walk away, I give you fifty bucks."
"What are they gonna do?"
"They won't do anything. In fact, you'll be giving them a story to tell for the rest of their lives."
"Fifty bucks? You'll give me fifty bucks?"
"Fifty bucks. That table over there. The three couples."
"Okay, I don't want to go over there and do it and then come back here and find out there was some little loophole, like I didn't put mustard on it."
"No, no tricks."
"Should I do it George?"
"For fifty bucks? I'd put my face in their soup and blow!"
"Alright, alright. Here, hold this. I'm doin' it."
- Elaine, Jerry and George, in "The Chinese Restaurant"

"Remember when you first went out to eat with your parents? Remember, it was such a treat. You go and they serve you this different food that you never saw before. They put it in front of you and it was such a delicious and exciting adventure... and now I just feel like a big sweaty hog waiting for them to fill up the trough."
- Elaine, in "The Chinese Restaurant"

Some of us in Statesboro are glad Mike Leach is still at Texas Tech. Do I need to elaborate?

The BDB staff knows exactly what you mean Statesboro Anonymous. But feel free to elaborate for our readers if the mood strikes you. And beware of wild boar while you sip Four Roses outside of your villa.