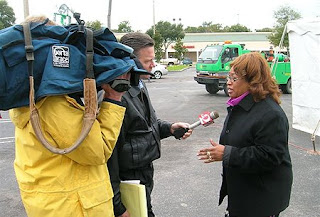 Congresswoman Brown - do you in fact take no jive?

The things we've learned this week from the impetuous ramblings of US Rep. Corinne Brown this week (h/t Senator Blutarsky):
And by the way, this lady is not just a congresswoman who has been edumacated in the swamp state's finer higher ed institutions, she is a crooked politician who launders checks as discreetly as she uses the English language.

Stay classy gatorsville. For an alternative version of what our congresspeoples heard, check out Dancing in the Endzone's remix...ROTFLMAO (which a teenager with sore, red thumbs once told me translates to rolling on the floor laughing my ass off!!)

BREAKING NEWS: CMR has signed a new kicker to compete with Blair Walsh this fall. For more on the story, the Red and Black has the scoop.

March truly is Madness. Didn't take long for my bracket to bust. I guess that could be expected when you pick Dayton, Mizzou, Xavier and Butler for your Final Four. I really just wanted to get as much of a look at these coaches as possible. Let's face it, our next round ball coach is in this tourney somewhere. And to quote Jack Ryan from The Hunt for Red October, hopefully it's someplace deep... someplace deep.

Well, let's verify our range to target reader. One ping only. Have a great weekend!

Bernie
Hunker'd Down by Bernie at 8:50 AM

I tell my wife the same thing everyday.

And for future reference you should probably stay away from BabyLand General. It made for a great post, but read like a recipe for disaster. They do take them babies serious...