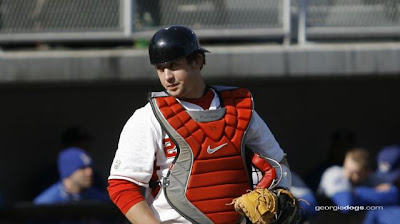 Knowshon, Staff and MoMass go on the first day of the NFL Draft and plenty of deserving Dawgs laying in the rough, ready to be discovered as diamonds.....speaking of which...
Gonna try to work in a daughter's soccer game in between more Dawg draft selections. Gotta keep up the rep as Dad o' the Year!
Enjoy the beautiful Sunday Reader.
Hunker'd Down by Bernie at 12:01 AM

The pitching for our team gets downright embarrassing at times

Blowing the lead Saturday was a joke

#1 teams are supposed to hold it down

Guessing someone else will occupy that #1 spot this week....