Monday's Margarita - Wastin' Away at the Edge of Seventeen 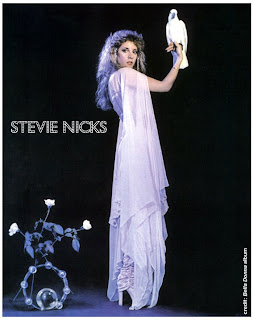 That's right...time for a vacay. And the meatloaf won't keep in the car all the way to the coast.

And this time we're taking the SEC commish. I mean, who could use a little R&R more that Mr. Slive? Blogging in the off season is not for the feint of heart. But running the SEC machine takes an astute mind, a phat checkbook and a large bottle of Alleve.

It's become quite apparent that for the HillBillys new head coach, reading and deciphering the NCAA rule book is as arduous a task as singing along with Stevie Nicks to a Fleetwood Mac song...word for word. Even if you have a set of lyrics in front of you....What was that she said? Just like a one winged glove....Huh?

Seriously, he either actually thought he could entertain recruits in his office while ESPNs cameras rolled or he thinks for each secondary violation he gets another year on his contract. And I bet a box of mason jars he blames the whole thing on Wendi Nix.

And all you overall'd toothless warriors - the our coach is gettin' us all kinds of attention routine is as old as the swimming schollies Bear Bryant used to give to 280 lb linemen. Cheatin' is cheatin'. 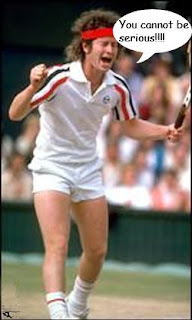 Lastly, for all you Roger Federer is the best ever! people...gimme a break. That Spanish turd who tried to put the beret on Roger's gorgeous locks (Jenn's words) would've received a patented Sampras forehand long before that Rennie Curran wannabe security guard tackled him. R-Fed...he cowered and waited for an incompetent french security crew (talk about an oxymoron) to succumb the scum.

Game. Set. Match! Enjoy your new GrandSlamwich Roger. You lucked out, but to your credit...you took advantage of the situation when the stars aligned for you. Oui'Oui'!!

Stay tuned for the next episode of Man vs. Wild when Bear Grylls hosts John McEnroe, Stevie Nicks and KiffyBaby while surviving the recruiting environs of Pahokee, FL. Ms. Nicks translates the NCAA rule book for all while Mac calls the mayor blind...in so many words.

You'll know you've got the right channel when your hear Ol' Kifster say, "Reading is for losers and gas station attendants. I win! Let's all go to my daddy's house on ol' RockyFlop!!"

That and Bear eats the inner workings of the high school's fax machine. Awesome!

Salt or no salt Reader...have a great week!

Have a great vacation. May your cooler stay full, your ice never melt, and jelly fish avoid your feet.

The first two items is why I brought the kids...they make great go-getters. But thanks for the warning on the jelly fish. ;)