Is the myth that Mark Richt of UGA is on the hotseat the greatest myth in college football?
Was catching up on some podcasts over the weekend and Maisel's is one I typically enjoy. I findBeano Cook hilarious almost any time I tune into his voice and he always has a knack for making the college football fan appreciate the sport's heritage. 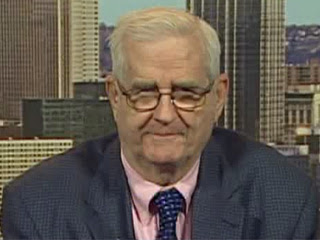 That and he's more than slightly off kilter. Which is usually pretty fun.
But this time Maisel asked Beano to list the three coaches who would find themselves on the hotseat this season. Just two minutes after picking NotHer Dame to go to the BCS Championship Game, he said that Charlie Weis would lead the list (Huh??). And he also gave me Al Groh. Easy enough.
Then forced into a third pick Beano went with Richt. So I'm now convinced Beano sleeps withFinebaum and drinks HI-C spiked with grain alcohol from Lou Holtz's sippy cup. Truly, what more evidence do you need?
I'm well aware that there are some of you who are vastly dissatisfied with CMR. He hasn't won the Mythical National Championship. He hasn't beaten Meyer consistently. He doesn't ride around Athens in a soup'd up Camaro with AC/DC blaring Hell's Bells on Christmas Eve.
What evs. When I was skipping classes to shoot pool at Tate it was to forget for a few hours thatRay Goof was the program's figurehead. Coach Richt is the perfect man for the job in Athens. He's done more for Georgia football than anyone since Erskine Russell left for Statesboro. And he doesn't wear those obnoxiously huge glasses with the throwback cap.
And he WILL win a Nat'l Championship...sooner rather than later. And if Orson Charles drops this one like he did Slurban's, I just hope it falls directly on Beano's foot.
Today's Ingredients
I'd like to thank the folks for the hospitality this weekend. You know, for a couple IPTAYers...they're alright. They even watched the kids for an afternoon while the lady and I went to see The Hangover...finally. 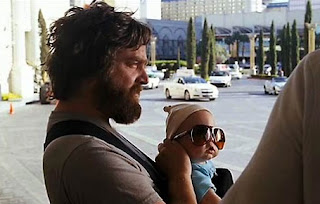 Somewhere in a theater in Greenville there is a skinny white ass....cuz I laughed it off Reader. If you haven't seen it (the movie, not the hindquarters) do yourself a favor.
If nothing else my trip to Clempson learned me yet another thing about Tigers....they love pepper. But hate Cinnamon.
Take a slice of that Reader and put it on some Wonderbread. A little mayo, a slice of provolone...meatloaf sandwich = lunch!
Bernie
Hunker'd Down by Bernie at 6:27 AM

Totally TOTALLY agree. He is the man for the job. I am proud to have him as the coach of my team. I may have to repost my argument on his behalf later this week. Keep up the great work. I agree with you.

I really hate to point this out cause I enjoy listening to Beano's ramblings so much, but doesn't he look a tad bit like an old penis from the neck up? Just sayin.....

...more and more each year. Maybe that's why I listen to the old man more than I watch...