Only One Soviet Tank was Harmed...

...in the filming of this episode.
To my knowledge the three have never met, you know....in an old school kinda way. But even a land as vast and populous as the DawgNation can prove to be a small world. All three are twits in their own right, yet true Dawgs. 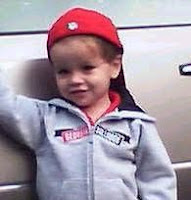 Unfortunately, there could be only one.
Last week's ThursdaysRTrivial produced a confluence of correct answers to the What is Greg Blue's favorite surf stop? (Althogether now...DawgBone) Darren the Intern consulted the BDB bylaws and it turns out the matter had to be settled in a poll.
One contestant was the lone entrant to mention the epic motion picture of Blue taking on the Soviet tank. He's the proud owner of his own blog and is a commenter extraordinaire. @MikeInValdosta has internets! 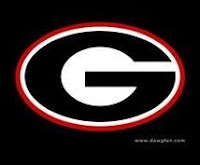 Another contestant also has a blog, but is famous for putting fear into the hearts of a full commonwealth of wildcats back in '78...with but one kick of the pigskin. By the time Mr. Marietta was through in Athens he was as beloved as TK Hardy's on a Friday night. @RexRobinson5 didn't even need a Ti-85 to show the Nerds of North Avenue how Dawgs do Physics when he connected on a 57 yarder in '80.
But @BPMackie knows no fear....and has no pants. He took an early lead in said poll and never really looked back on his way to SIX total votes!! Enjoy the autographed copy of Webster's Mack. I can't think of a single blogger who could use it more...

And with that, the sixth episode of ThursdaysRTrivial comes to an anti-climatic close. We now have our first two time winner in Mackie. We here are very proud to announce that tomorrow's seventh episode will be the first to air in prime-time.
Will another former winner step up to show the Pantsless Guy his way back to Losersville? Is there another winner out there among @BernieDawg's followers?
Sign up Reader. It could be you!
Side Note - Other Dawg Bloggers on Twitter 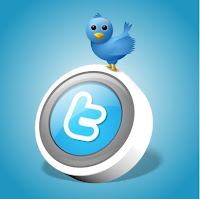 I like how none of us are actually in our profile pictures.

Yeh, Rex must've changed his yesterday or I would've gotten his mug. I'm sure Mike's kid is there to save his followers undue discomfort. But luckily you bear a striking resemblance to Frank.