Moore to Hodgson to Taylor. 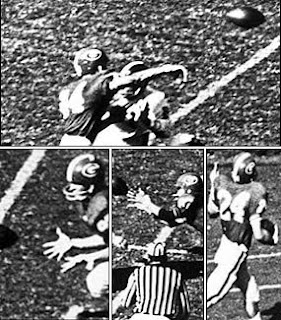 A Trifecta in Bulldog lore. A play that made the legendary Bear soil his houndstooth britches. You no doubt have run the play yourself. Drawn it up in the dirt. Executed it to perfection in the backyard..maybe even the intramural fields.

I grew up with Coach Hodgson's kids, even though they were Clarke Central "students". His youngest son Chris and I did a LOT of "studying" during our time at UGA. And by studying I mean exploring the effects of vodka on the human's abilities to fail Political Systems.

I even visited Mr. Hodgson and his lovely wife Maryann in a place called Mahwah, NJ. It was a great place to spend spring break as a sophomore, even despite the fact that I only packed shorts.

Welcome home Coach. While most Dawg fans will claim it was the lure of the hallowed hedges that beckoned you. I'm pretty sure it was the grandkids.

And if your Super Bowl ring ever gets too heavy, you can trust me to return it...??

Pat Hodgson is one of my all-time favorite Dawgs, along with Lynn Hughes from that same era. When we hired Ray Goff as head coach, I was hoping we would talk to Hodgson. He was coaching in the Pros then I believe.

Yes. And I like it when former players, coaches return home. Even if it's just for a visit 'tween the hedges.