Just Kick'n It With Rex 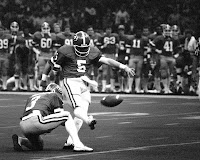 for answers. Watching as many Georgia football games as we do (and often for a second time on Sunday afternoons) it has become apparent over the last couple seasons that our kickoff teams are working in a different era.

As mentioned earlier, Kirouac and Coutu were Dawg place kickers who adapted pretty well to directional kicking system. In April of 2007 when rule changes came into effect however, Fabris and Richt became the old washed up Rock and Roller trying to make it in a hip hop world.

I guess in a way I can relate to Fabris and Richt in that regard. But when I get exasperated trying to tune the radio dial, I power up the iTunes. You know what I'm saying? You adapt. You make use of the resources and technology at hand. 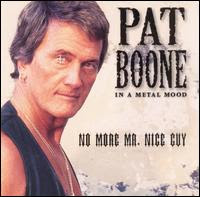 Fabris evidently is not into Darwin.

On the Fifth Quarter Show last Saturday night, Kelin Johnson and AJ Bryant commented that that's just Coach Fab and to get used to it (h/t The Junkyard Blawg). He evidently likes the "challenge" of the more difficult kick.

So how much more difficult is it? To find out I reached out to a Georgia legend, someone who knows more than a thing or two about kicking. You've been reading his blog and maybe his tweets for a while now, so who better than Rex Robinson to help an average Dawg fan understand the technique of place kicking?

When I extended an email pleading for help, he responded with one in turn telling me to call him. That's just how Rex rolls. And when we spoke I understood why an actual conversation was necessary. The man bleeds red and black and he has a large place in his heart for kickers. Every kicker.

My first question related to what it must be like for Blair Walsh to practice nailing a 50+ yarder to score three points for Coach Lilly, then grab a tee and try to directionally kick it to the spot Fabris wants. If you've read Rex's blog as well, you may be familiar with this post where he uses a golf analogy to help his readers understand the level of difficulty. He sprang another great one on me:

It's like trying to hit a 7 iron with the height of a 9 iron. It's possible, but it's tough to do consistently well.

Amen. The image of a young golfer with a junior set of clubs came immediately to mind. Of course, when you are a beginner, only having a half set of irons is functional. But if I were to arrive this afternoon at the local course just to have the "pro" take away half my bag...well, I would be a lot worse than the 20 handicap I am now.

And Rex's passion for these kids is evident. These kickers are recruited based on one type of kick and then they are forced to change. In a directional system, basically the kicker is being asked to keep the ball in the air as long as possible while also putting it down to a specific portion of the field. But what really makes it a difficult adjustment is scaling back the power and/or refocusing that power through a different part of the football for height versus distance.

Dawg fans don't have to bark back too many years to recall the name Andy Bailey. In high school, Bailey had a leg to rival practically any kicker ever to kick 'tween the hedges. But once in Athens he stagnated and lagged behind in the competition for kicking time. Fans may have forgotten, so maybe now's a good time to ask why?

Well, for starters, they don't get a lot of tutelage after leaving high school. Due to the NCAA restrictions on the number of coaches in a program, kickers are pretty much left on their own. Many employ private coaches during the summer to develop techniques and skills to make them better kickers. During the season, they are on their own.

So the anatomy of a directional kick has been dissected. A stubborn coach who likes "challenges", a kicking technique that goes against the muscle memory of a talented kicker and insufficient training. That would leave the slack to be absorbed by the other 10 players who "cover" the kick. Although Richt is quite obviously afraid of the long kick with a low trajectory, a few weeks ago he did take a stand against the personnel being used to make up the kick coverage team.

Historically, Fabris has preferred the backup defensive ends and the scout team fullbacks for this role. Richt now wants the faster and more agile athletes, even if it means playing the greenhorns. From my vantage point in section 333 last weekend, the orange jerseys ate our guys up after the kick. I applaud using the more athletic and faster players on special teams, but I guess time will tell if Fabris' stance against the notion is sound.

These things however are certain: since the beginning of the Richt era we're allowing more than a first down more yardage in our opponents' starting yard line (18 in 2002 vs 29 last season), the kickers we recruit have talents that are at best wasted during this Dawg tenure and at worst are never developed, and our coaches have failed to adapt to new NCAA rules that should be putting more pressure on the return team and not solely the kicker.

In short, Fabris handling kickoffs has been a disaster.

When I asked Rex to evaluate the kickoffs in Stillwater there was a fairly lengthy pause. Then, I thought Blair did pretty well. Yes, he did. About as well as the kid could holding a 7 iron, 130 yards from the flagstick.

Nice "get", Bernie, and an excellent post. I am at the point we just attempt onside kicks everytime.

Why can't we try to kick it to the back corner of the end zone. That way Walsh can still boom it and Fabris still has his directional kicks.

I'm glad u asked. I'm sure there's a more technical answer, but my best supposition is that CMR doesn't want to risk the chance of kicking it deep & having the trajectory too flat. That is hard for me (and I'm guessing most fans) to understand cuz there's little doubt in my mind that we have two kickers on scholarship who can put it as deep as the OSU kicker did last week. Branden fielded those off a low trajectory, but 7 yards deep. I thought their coverage team did a good job of picking up whatever slack there was from the lack of hang time.

But that's just my unprofessional opinion.