Losses hurt. They hurt the fans cuz we have so much passion and ill will for the opponents. They hurt the players and coaches cuz of the time and hard work put into preparation.

But now preparation is underway for the SEC opener. I've jotted some notes on stickies for certain players and personnel to get us ready and on the same page. Afterall, when the trumpet blasts and they run out onto the field, we ALL gotta be ready to play more than one quarter of football.

Here...help me put them up in their lockers: 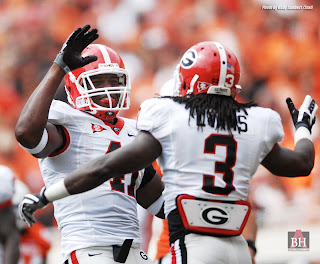 Feel free to add more that I may have missed.