Give me your tired, your weak, your frustrated, your ridiculously idiotic masses...Huddle up close Reader. I stepped outside last night to make sure...and I didn't even need a telescope.

The stars are aligning...

They're the #1 team in the country. Don't give a damn. They've got the best defense we've seen. It's a game for men, not sissies. Their QB might cry when he loses. As irrelevant as the fact that I belch when I drink PBR. Their coach treats TOs as if they were pink skittles. (Makes motion with fingers indicating a welcoming attitude toward the idea of fisticuffs). Their special teams are special. Ours are just gonna have to be specialer.

To research for this, I grabbed an old football, went out into the yard and sat down. From my ass I was able to hit a fairly mature oak 14 of 20 times. BUT...sometimes it was on target near the limbs. Sometimes it was low, closer to the roots. Once or twice it only hit the trunk on the bounce. 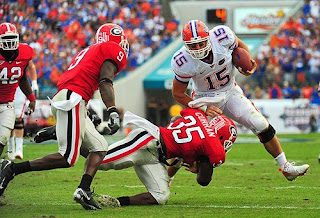 My conclusion...even a super man will have trouble passing the pigskin from his back sides. In my head I imagine Houston, Curran or Atkins knocking the snot out of Tebow. Truth is, I don't care who it is.

We're a team that can easily beat itself. They're a team that has been winning despite itself. That vegas line is inflated because of the last twenty years...and because the ladies of Bristol have driven it there. I hope your finger nails have grown back Reader, cuz this game will be close.

The facts are that Ol' Willie matches up well against Slurban's vileness. When we tackle at the point of attack, we win. Reader...WE WILL TACKLE. A couple other facts: Bobo has yet to call a complete game. But he's had a bye week to prepare and get to know all the new weapons at his disposal.

Charles, Wooten, Brown, Thomas...all will play a role in helping to expose chinks in the reptilian armor.

I've even had a thought that we might see Murray for the first time, but truthfully the idea makes me more than a little uncomfortable. Regardless...I do feel that this game is won on Joe Cox's arm. Ivan Maisel may not believe AJ is Biletnikoff worthy...but you and I know, don't we? He's the greatest weapon in America. He looks at opposing secondarys and grins...knowingly.

Tomorrow Reader, we will know a lot more about our team program. I know I'm a big ol' Homer, but I'm quite sure we're going to see a team resolute in the idea of winning. They won't do it for Herschel Walker. They won't do it for me or you. They won't even do it cuz it makes their mommas clap their hands furiously while jumping up and down.

They'll do it cuz they're hungrier. And it's time....time to let the big Dawg eat! 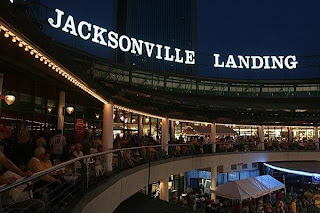 Q - A special cocktail edition for the 18th episode. It was the greatest play in GA/fla history and the most recognizable play in Dawg football history. When Lindsay turned upfield, those LBs stood ZERO chance of catching him. But who was the safety that tried so hard, but could only put his hands on his thighs in anguish as Munson came thru his chair?
A - Sonny Gilliam, #43

There was no High Definition back in 1980, so this one proved to be tough. Not to mention record keeping for mulletized reptiles back during the Carter Administration was more than scant. But @alanashley battled through and eventually found just the right grainy video to couple with an 1980 roster and tweeted in. For his effort, Alan takes home a lovely broken metal chair (the one with the 5 inch cushion) and a 64oz cocktail mug from The Landing.

And kudos to @shainam who was a close second and should enjoy a very used Georgia pom-pom that was found at the bottom of the scrum, along with Lindsay Scott's mouthpiece. 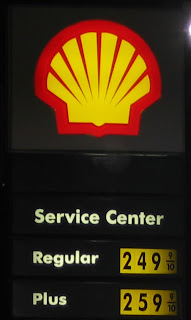 Here's the funniest post I've read all week. Hamp really knows how to prepare us for the reptilian rants we hear in and around Jacksonville at the WLOCP. You know, things like...Your mascot is a dog...or...Don't tug on SuperMan's cape. 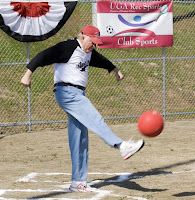 You may not feel as if you need any help surviving such a sharp and devilishly twisted verbal attack...but it's always good to be prepared. A sample - Go buy some scratch-offs. Rent on your single-wide is due.

Classic! Be safe Reader. Unless your name is Prez Adams. If so, then you get your freak on sir. Keep drinking that cabernet sauvignon until you find yourself dancing with a hot tranny mess at The Landing late Saturday night.

Talk about a fright night!

So, how DID that work out for ya?