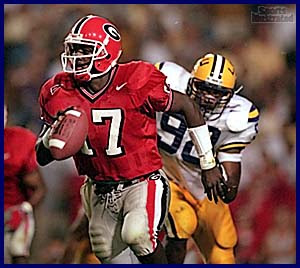 Hunker'd Down by Bernie at 1:30 PM No comments:

Diamond Dawgs Dominate in the Desert 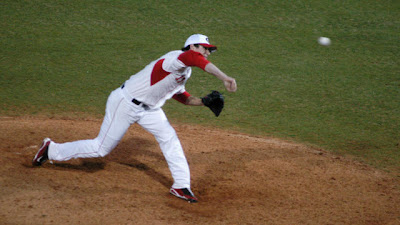 (image - georgiadogs.com)
Senior Trevor Holder allowed just two runs in five innings of work and the Dawgs cruised to an 11-5 victory against Arizona in Tucson.
Evidently there is some validity in the Easton bats are better than Nike, as this season the Dawgs have scored double digit runs in five of their first six games.
Georgia (6-0) faces the Wildcats in the second game of the series tonight at 8pm. Junior Alex McRee (1-0) gets his second start of the season.
Hunker'd Down by Bernie at 7:28 AM No comments:

DBs Beware: AJ green is putting on some pounds. He played last season about a nickel under two bills. Now he's nearly a dime over. He's coming off of a record setting freshman campaign that saw him haul in 56 catches for 963 yards. He was an easy pick for post season honors and was even a Pontiac Game Changing nominee after that catch on the plains. 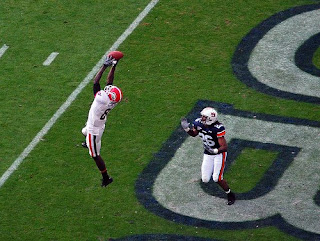 Oh!...and his groin is healing.

The signing of Marlon Brown was much ballyhooed and with good reason. It closed NSD with a bang! He's got great size. But the truth is Moore, Durham, King and Wilson (to name a few) have a pretty good head start on him.

But we know who is starting on the other side. And it's no wonder Bobo plans on moving him around next season.

Calvin Johnson was one of the best collegiate receivers I've seen unless Paul Oliver was covering him or Reggie Ball was throwing to him. Green will end up being a slightly smaller version but with greater speed. Sure hands, great frame, clean routes, confidence, red jersey, dynamic vertical, impeccable timing, reacts to the ball with authority....

Oh!...and his groin is healing.

Chip Towers sat down with the man among boyish SEC DBs.
And here's a recent interview Brett Jensen had with Green.

This and that...and, then a little more of this...

Your homework this weekend is pretty simple. Take a moment to appreciate the UGA Athletic website. Although BDB is still pretty much in its infancy, I've spent some time travelling around to other program's sites that look and act like they are still in the mid to late '90s. Now give 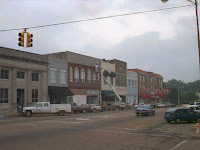 programs from neighboring states some slack, they are just getting used to transmitting voice by wired devices called phones. So the internets is likely still throwing programs from Starkville, Tuscaloosie and Columbia for a loop.

Have a great weekend Reader. Please don't forget to casually grab some milk and bread on the way home today. There's a moderate chance at a snow shower in the Atlanta area for Sunday morning. When our friends and neighbors hear that though it will process something closer to SNOW IS COMING AND YOU WON'T SEE YOUR MAILBOX UNTIL APRIL!!!

Kroger's shelves could be empty by lunch Saturday.

Hunker'd Down by Bernie at 7:30 AM No comments: 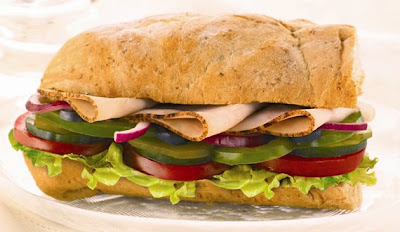 (missing - stacked sandwich. if seen, call sandwich artist)
My six year old wouldn't know the old Jared Fogle from the new one, but still has some kind of thing for SubWay. Personally, I've never had one of their sandwiches that even remotely
resembled the ones on their advertisements. You know those really stacked conglomerations of
meat, dressings and maybe a sprinkle of lettuce? Then the pimpled teenager hands you the actual finished product and you literally have to open the sandwich up to make sure it's not a veggie.
I digress.
Conner decided the other day that SubWay was on the menu. I didn't argue, even though IHOP had free small stacks goin' on. I even let her take the lead at the counter. But as she struggled her way through the menu and the endless options of toppings, condiments and the all important toasted or not? question, I kept getting peppered with questions from the 16 year old sandwich artist behind the counter.
I could use this space to wonder whether or not the kid was legal or not in Uncle Sammie's eyes. I could also use the next several paragraphs to explain the importance of learning a native language before you enter a customer service driven field. But let's suffice it to say that this kid was being pushy.
I wasn't in the mood to be pushed towards the register when my little girl was learning the art of making a dinner selection. Especially when there was one (ONE!!) person behind us...and that guy is on his phone no where near ready to order.
After giving the kid a look that said something between Shut up! and Take those handy bag gloves on your hands and CHOKE on them, tensions simmered. On the plus side I split a footlong BMT with my princess and it had more than two slices of salami. And Conner learned that when you can see the person prepare your food from start to finish, there's really no reason to go at their pace.
Needless to say...next time it's IHOP. Pass the syrup.
Anyhoo...that diatribe got me thinking about the overwhelming urgency towards something called an end in our society today. And this blawgger believes it is spilling over too freely into collegiate athletics.
I know college football especially is a business. Believe me...I understand. And trust me when I say I share in the desire for a MNC (parlance for mythical national championship) for our beloved Dawgs. But I continue to be amazed at the growing number of fans (fevered, frenzied fanatics may be more accurate) who believe that if Georgia isn't national champion tomorrow when they wake up, Richt and his staff should be fired. And Evans can go too! 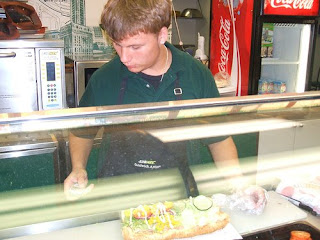 The fact that the next season hasn't started is beside the fact. By the time the sun rises again, I wanna be a national champion! GimmeGimmeGimme!
CMR is doing just fine. These (again I use the term loosely) fans are either too young or too ignorant to remember the Goff years. We have grown from a team that hopes to win each game to a team that expects to win each game (and actually has a shot at succeeding).
So to all those fanatics: chill out, find another team...or go work at SubWay.
Hunker'd Down by Bernie at 5:30 AM 2 comments: 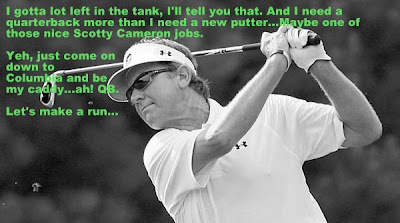 Still Lookin' For The Next Wuerffel
If you frequent the online yard sale/advertising site that is Craig's List, you might just run into a notice from the great Steve Spurrier. If so, it would likely read:
Needed: strong arm with enough of a brain to never throw into double coverage. Ones with big egos can apply but will likely go unused. Contact the ol' Ball Coach if interested.
We've noted the departure of the gamecock QB with the name meant for blogging and bad pocket decisions - Chris Smelley. Since then, 2008 opening game starter Tommy Beecher has also left campus (WARNING...if you click this link you are entering a Gamecocks website and BDB is not responsible for your well-being or your development into the best QB in the SEC.) or at least he will after he finishes his degree in May. Beecher is from a family with close ball coach ties, dating back to the Visor's days at Duke and was actually Spurrier's first QB signee in Columbia. But Beecher likes his chances at Championship Subdivision Liberty University better.
Spurrier says the kid has lost his desire for the game...
At any rate, all hope for '09 is riding on the arm of Stephen Garcia. That's right - the kid who has a passion for beer and the sound a key makes against a car door will be counted on to lead the chickens back to relative obscurity. Behind Garcia are a hodge podge of young dual-threat and pro-style prospects and other works in progress, ie. Zac Brindise.
Also worth noting...the ol' Ball Coach was largely uncontested on the recruiting trail for these signal callers. Reid McCollum (R-FR, 3 star in '08 class) had VA Tech after him, not to mention some guy named Gailey. Other than that it is mostly UABs and UCFs with the occasional Middle Tennessee.
But, the Visor signed a top ranked class a couple of weeks ago that included a whopping 29 names. Among them was the state of SC's top rated prospect, WR Alshon Jeffrey. Jeffrey had committed to Carroll's USC, but stayed home in the end. Chickumbia is a little more than a stone's throw from St. Matthews. The mighty trojans are closer to 2500 thrown stones.
So how many QBs did the chickens ink to chunk passes to Jeffrey the next 2+ seasons? One, Andrew Clifford. Good size, pro-style offense in HS. Will probably play 3.4 games including 2 starts.
Which leads us to the news that the Visor is gonna give JoePa a run for his money. Spurrier promised QB prospect Connor Shaw that he was no where near a semi-pro golf career. Shaw is the brother of yeller jacket Jaybo and is a self-admitting visor admirer. He has Spurrier's piece meal staff as his front runner over Johnson of North Avenue.
Shaw better hope that new putter is on back order....
Hunker'd Down by Bernie at 7:15 AM No comments:

In case you ever wanted to see where Knowshon used to shower...check out the latest post to GeorgiaBulldogsFootballBlog.
If you're like me you learned three things:
Hunker'd Down by Bernie at 5:56 PM No comments:

Some guy named Oscar's show or a NASCAR race from California? Jeez...Sunday nights are a drag. I chose online poker and spent an hour trading virtual chips with some guy named SamIam. I don't know if he ate too much green eggs and ham, but he certainly couldn't tell when I was drawing into a flush to the king! But judging from the six empty seats at the table, most everyone else was either watching SlumDog meet the Joker or Junior trade paint with some guy named after a recession proof beer. After all, rubbin' is racin'!!

OK...let's combine the ingredients and see what comes out. It's not always tasty, but is never undercooked. Once again, today's lunch special - Meatloaf. 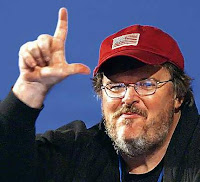 Can someone please explain to me why a person who gets paid a gazilliontrillion dollars to memorize lines needs to read off of a sheet of paper to give an acceptance speech? Give me a break. Someone should give those prima donnas a Wonderlic test.

Just for fun, here's a sample Wonderlic. I scored 14/15 in 3 minutes and change. I had no idea baseball players wore hats.

As always, here's your napkin reader. Come back later this week when BDB looks into how the visor is doing. Desperate times are desperate treasures...

...do you actually think Slurban or KiffyBaby and staff spent their weekend doing this?
CMR and STAFF = DamnGoodDawgs
video courtesy of MarkRicht.com. If you haven't clicked on it yet...do so before your BARK is revoked...
To donate time or $$...www.foodbanknega.org
Hunker'd Down by Bernie at 12:23 AM 2 comments: