Commitments don't mean diddly really. But GAs own top ranked safety and top overall prospect Alec Ogletree reportedly has committed to CMR and evidently is poised to pick up a red and black pen on NSD '10. Rumors were rampant that Ogletree was a good FSU lean, as Diddy's offer was the only big time one to come with another for Ogletree's brother, Zander.
Previously, Alec had said he might wait until after his senior season to decide. Below is the best highlight video I could find. It's short, sweet and will give you an idea how big a recruit this safety is.
The fence around GA may just be secure.
Alec...Athens suits you well.
Hunker'd Down by Bernie at 12:02 AM 4 comments:

This song, and more specifically the video, once inspired a dance career. Lucky for you Reader, I subsequently broke an ankle trying to emulate the King of Pop's signature tiptoe stand.
Classic.
Tomorrow, a BDB tribute to Farrah.
Hunker'd Down by Bernie at 12:01 AM 3 comments:

If a Cheerleader Falls Off of a Pyramid...

...does an FIU fan even notice?
Much has been made about UGA Athletics' big bank roll as of late. While it's not true that Damon's visage will grace the new $167 bill, new tv deals and fevered enthusiasm for the programs is adding up to glory days in Butts-Mehre.
Down in Miami however, times is tough and the money is tight. Doc Saturday lets us know that Florida International is cutting their band ...and their cheerleaders.
Seriously, the uniforms are being sold on eBay and the sousaphones are just collecting dust in the back of the band room.
Sad.
What's even more sad is no one will truly notice. The Golden Panthers averaged just short of 20 fans a game last season. My contact down there says they didn't even get a free hotdog or coke either.
I may be off base here, but if you can actually hear the words a QB uses when he audibles...from the upper deck...well, that would just be anti-climatic.
Then again...maybe FIU don't need no cheerleaders. 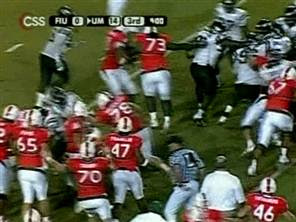 Friday Feedbag
I've had the new iPhone for a week now. The introductory period has gone well. It even helped with this post. And that was after I kicked its ass at Texas Hold Em. Take that Bomdiggidy!! 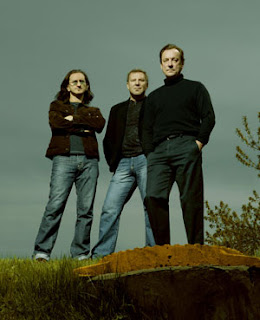 But I fear I may need a translator to help with the communication between myself and the device. I asked it to play Big Money by Rush the other day and it called my insurance company instead. I then asked Sherry at USAA if she could play anything from Power Windows and she just said those were already covered in my policy.
Mom's has been telling me I mumble for decades now. Jenn's on year 13 of telling me to enunciate. The last thing I need is this Lola the Apple chick making their point for them. I gave her another chance and all of a sudden I was listening to Elton John.
That MUST have come factory installed....I better go get that deleted come to think of it.
Lastly, remember Reader ...if you're in the market for drum major at your local Fourth of July parade, give south florida a ring. They may even throw in a set of pompoms.
Good, great or just okay...have a weekend.
Bernie
Hunker'd Down by Bernie at 12:46 AM No comments: 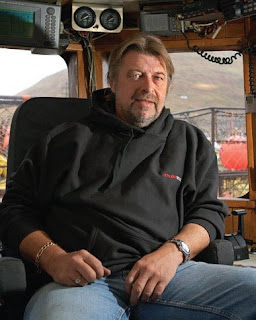 I'll be honest and own up to something I'm sure you have already discovered and subsequently ignored...I've been sucking at putting up my weekly discussion topics.

But tonight the wife's upstairs watching some crappy love movie that's been on the DVR since April, I'm out of Deadliest Catch episodes and there's nothing to drink in the kitchen except Evan Williams and Capri Suns.

Looks like the stars have aligned for ya Reader.

I just read the best damn blog post of the off-season and it should be no surprise that it comes from Hale's service station. The Go-To Guys has the perfect mixture of past, present and future. And it contains an analogy that really helps me close the door on the Stafford/Moreno era to ready/steady myself for the upcoming season.

If you haven't read it, you're a freakin idiot! But I link'd ya up anyway. Go on now ya lazy sumbitch. Click and read before you waste anymore of our time..... 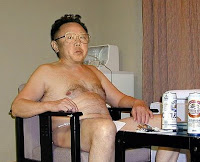 As I commented to Hale's post I struggled with my words, in regards to Stafford especially. As opposed to when I commented to this worthless AllJackCrap piece on Stafford's legacy as a Dawg QB. To be quite frank, I don't give a damn if Stafford convinces Kim Jong-il to grow his hair long and sing Kum-Ba-Ya with Winston Churchill...he didn't win a championship.

Back on point, Hale really got me thinking. I mean, Stafford's probably the most talented arm to walk on campus since Lewis Grizzard last covered a game with his pen. But sometimes the abyss between stardom and results can be profound.

We can be reasonably safe in assuming that Zeier suffered from lack of talent around him. And when it did rise up in the fall of '92, the Visor had cheated just enough to steal a win in Jax. Maybe if tha mutha hadn't been so enamored with the Hat, or if Kentucky had closed the door on Philmer's last run in '07, the story would be different on Kiper's Golden Boy.

But we can all agree that something was wrong last season. More accurately, somethings wuz wrong. It wasn't all Martinez's defense, it wasn't all injuries....and it wasn't all because Nama wore the wrong undergarments. 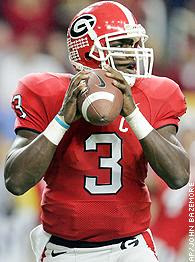 Sure, Stafford succeeding in the NFL can only help Coach Richt and staff on the recruiting trail, but for my donation dollars...gimme Greene, Shockley ...Tarkenton... Belue.

For today however, let's look at the future. Hale intimated that it should bear to reason that having 11 guys on the field with an equal investment in the outcome could make a big difference.

Will inexperience and youthful talent leave us as stranded as Captain Phil Harris of the Cornelia Marie was after his engine bailed on him outside of Dutch Harbor in last week's episode?

Or will it taste as good as Evan over ice?

One thing's for sure...Opilio or King crab...it's gonna be a great season. 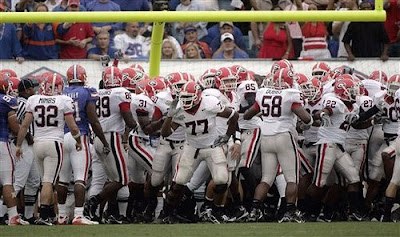 Some HumpDay Headliners for ya:
Hunker'd Down by Bernie at 8:15 AM 3 comments: 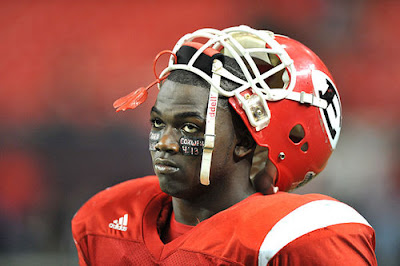 S L O W tuesday. But this is pretty big news for a backfield that needs as much competition as possible, if you ask me.

Washuan Ealey has met requirements for entrance into UGA. It had been widely speculated that the RB out of ECI was a borderline possibility for Athens this fall. But after completing a summer school course last week, it appears the stud signee is ready for red and black action.

It should be interesting to see if he can now avoid a redshirt. I still say the RB by committee thang is fine and great for some games on our beastly schedule.

But at some point we'll need a back to step to the forefront and say...

"I'll get us those three yards
Coach....move the chains."

Darren the Intern here, we're live outside of the Varsity off of Jimmy Carter Boulevard where the atmosphere is buzzing with anticipation. Nearly four people have shown up to hear Bernie's first public remarks since Blogging Pantsless went all defamation on him. We're expecting the blawgger to approach the podium any moment now...in fact, YES! There he is finishing off a last minute chili-cheese burger. He may have even shaved... 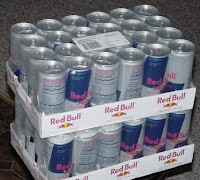 Ahem! (...taps microphone which abruptly emits shrill feedback, picks onion from between teeth, straightens tie...) Lady and two guys there at the window table...it is with great humility that I address you today. (Erp!) There is nothing more important to me than my integrity. I've spent a lot of dough to get BDB where it is today. Red Bulls, Pixie Stix and jelly filled doughnuts don't drip into the laptop's keyboard by themselves. Not to mention all the hush money.

But four days ago that integrity was thrown to the floor and trampled. I am of course speaking of Mackalicious' ill-conceived and mostly false posting that soiled my somewhat average name. Sure, the reality is that it has little to no impact on our day to day operations.

I have called my reader personally to set the record straight. Unfortunately, it was dinner time and his mom had made tater-tots. He supposed to call me back...sometime.

My pledge to you on this day is to not fall into the gutter that this Mackie fellow dwells in. I will continue to bring you the latest in half-assed posts and ridiculous ramblings that you have come to ignore quite frequently.

Now if one of you will kindly give me a ride, my Eco-green, Al Gore signature moped's in the shop and I have an appointment at the eye doctor.

When we parted ways from this very spot four days ago, word from the pantsless guy was that he plans to rock climb his way to Stillwater. I guess he has confused the Oklahoma plains with Everest. We can only hope he catches his breath before kickoff. (pauses for effect, hoping for laughter...none forthcoming he continues) Meanwhile I guess I'll arrive rested and refreshed after being pampered by a Delta stewardess.

Thank you gentleman with the mustard stained shirt and the chili in the corner of your mouth for the ride. I'll meet you in the parking lot after I grab one more order of manna from heaven.

So there you have it folks. Purple Sham-Wows, 20" spinnaz and high dollar weight loss pills all sounds pretty glamorous, but it's business as usual here at BDB. Take a hefty slice and place it carefully between two pieces of wonderbread and you got a meatloaf sandwich.