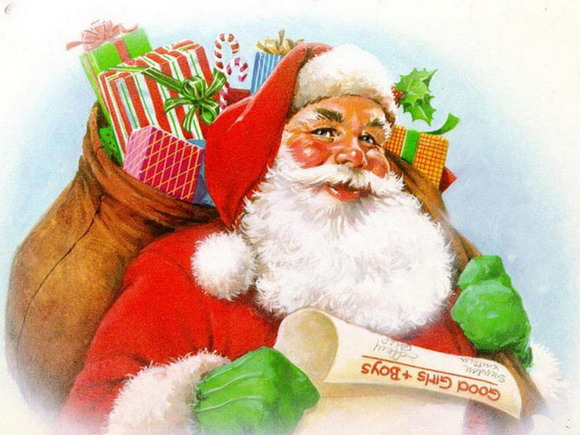 Our sincerest wishes for a very Merry Christmas to you and yours Reader. Hope your day is filled with Holiday Cheer and fond memories in the making.

Congrats to @allyugadawg, @alanashley and @TNRLM for answering correctly...Which two Dawg defenders returned fumbles for TDs in the 2000 O'ahu Bowl? They all knew it was Kentrell Curry and Cap Burnett.

Which means they get to share what's left of the Bernie Fruitcake and two and a half ladles each of egg nog. Don't consume it all under the tree tweeps. And....


While we file into church pews this evening, enjoy the company of our friends and family, and impatiently await a visit from a jolly old elf...the Dawgs are in Shreveport. And while they are surely lamenting the absence of home, what better way to greet them than with the season's last installment of Locker Notes. 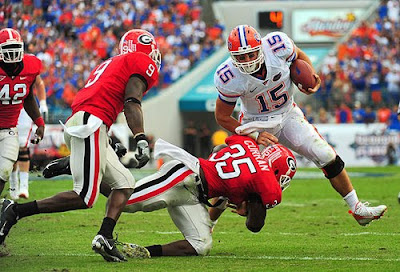 I know it's been awhile Reader, but feel free to leave your own. Here's a sharpie. 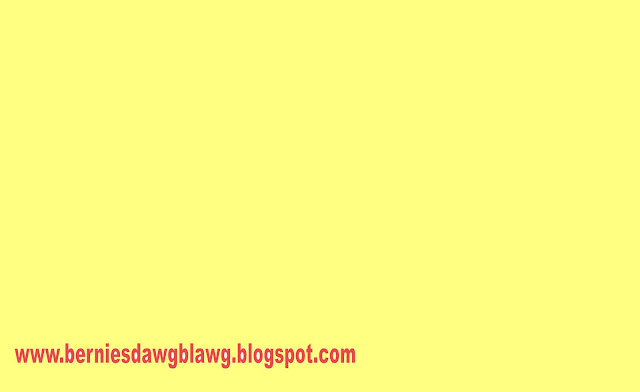 He's the AJ Green of the Hardwood 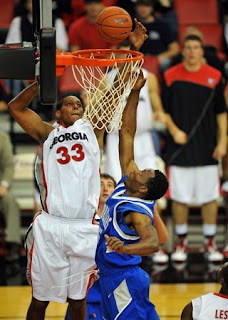 That may be the best way to describe Trey Thompkins. He's a great complement to any basketball team, but has the ability to carry his team when necessary. It wouldn't surprise me at all to discover that at some point in his athletic history he had blocked a potential game winning field goal.

Thompkins has been named the SEC Player of the Week based on the merits of 21 points, 7 rebounds, 2 assists, 2 steals and one blocked shot in the Saturday night win over Illinois at Gwinnett Arena. As PWD pointed out, it was a huge win for this early in the Mark Fox Era.

The news of being named SEC PotW comes on the heels of the USA U19 Team (that Thompkins averaged 10.6 points for) being named the basketball team of the year.

As big as Thompkins' numbers were at the Gwinnett Arena, it was the four consecutive free throws to ice the game at the end that were the biggest. There's no doubt that this season is going to be a struggle for Fox's Dawgs. But there are signs that this ship is turning around faster than expected.

Next up: in Stegeman against Florida Atlantic, 7pm 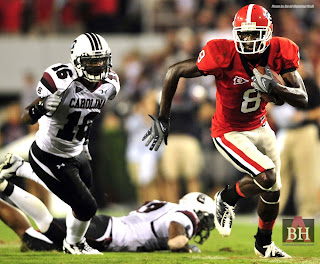 Sorry Reader. Bernie left it ready to cook and Willard in charge. But you get what you pay for.
Hope your week is short and very merry!
Darren the Intern

A Festivus for the Restuvus

Festivus is my heritage, it's part of who I am.

Stop crying and fight your father.

Good news Reader...Bernie and family made it to Virginia. It just took much longer than expected. And...he left some partially cooked meatloaf. Willard's supposed to finish the drill before tomorrow's publishing date. But last I checked he was just short of nostril deep in the eggnog bowl at the BDB/Kramerica Christmas Party.

Hopefully he pulls through.


Darren the Intern
Hunker'd Down by Bernie at 8:52 AM 1 comment: