By now I'm sure you realize that as soon as I hit the button that says Publish...news will break that will blow this post to bits too. But that's okay. It's still fun to speculate.

Thursday morning it appeared Coach Richt and John Chavis had shared more than a few engaging conversations. By late morning Chavis was no longer taking calls from the 706.

So my guess now is that CMR has gone back to the drawing board to determine what the primary (and secondary) plans are. Luckily, no one knows what those truly are. But again...it's still fun to speculate. 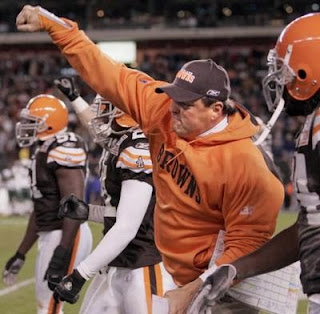 Todd Grantham is a name that keeps getting mentioned. I admit I haven't been much of a Chris Low fan, but the guy has been pretty accurate. At least as of late.

But Grantham seems a reach. I can see where he may have been on radar a couple weeks ago when the world assumed Romo would once again ruin the Cowboys chances at this seasons' playoffs. But as things stand right now, Grantham wouldn't be available to "talk" until January 11th at the earliest. Assuming that talk went well, Grantham would only have a couple days to settle in before he had to hit the road recruiting. The second dead period ends Jan. 15th.

However, it appears CMR is ok with the search taking as long as it needs. I'm just hoping that these young men will continue to be patient and know that my goal is to make a decision that will really affect them throughout their time at Georgia so I want to make sure that we do the very best job in that regard.

Still, Grantham operates under a 3-4 in Dallas. While we may have the personnel to make that transition, is CMR willing to put his career on the line with that roll of the dice? Grantham's done a great job with the defensive front in big D, but he's not calling the shots. And when he did call the shots in Cleveland, he did pretty well...but was essentially fired because he held a players only meeting when he thought the head coach was getting canned.

Regardless of the Cleveland denouement, Grantham appears to be a hard-nosed coach with mixed results. If CMR likes the guy, I'll be interested to see how the timing works out.

Of course, if Kirby says yes on Friday...who gives a crap right?

Other readings of interest:

- When Hale's confused, the rest of haven't a chance in hell

- Despite no DC, the life of RC goes on

If I was a defensive coach feeling I deserved a raise I would send a text to Joe Schad or Chris Low with few words but hinting that MR had called me.