Ground Zero: Knutsville is living up to its name. colorful graffiti, burning mattresses, skipped classes, paper shredders, angst to the nth degree. In the blink of an eye, orange flavored hopes and dreams cast aside like the peel of a fruit. 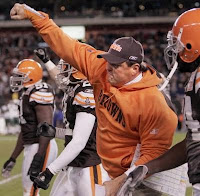 And just one final question...as he and Layla rode away, did anyone hear lil' Kifster singing Rocky Top? If not, it woulda been a fitting end. 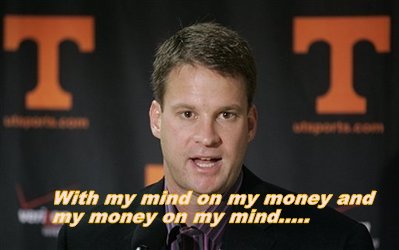 The folks at the ESPN radio station in LA, which not coincidentally is part of the Trojan radio network, seem to think this is a great hire! They are in such denial! Rarely acknowledge the fact that the NCAA is investigating USC. I think Kiffin is one of the few who would willingly step into the mess that Carroll left. Karma, karma, karma.

Thanks for the birthday wishes, sir... now get on the phone with Jeff Lurie and start talking dollars to get rid of Reid!