Monday's Meatloaf - Home is Where the Dawg Is?

.
Ok, so a couple sites have reported that Smart heard Mama call. Meanwhile, some over on Bama message boards say Smart told us to shove it (yeh, they use big words over there). In the event that something actually becomes news between the time I click Publish and the time I actually get back in front on my computer today, you should make Hale your dependable click (and if you really wanna be on the cutting edge, check out his tweets). Those AJC hacks are too busy searching for news that done broke.

After following this story all weekend, I'm ready for it to bear fruit or to move on to the next option. If nothing else, it might keep the Crimson Tide traffic down to a minimum again. Sure, they act all tough with their Why do we care if Smart leaves, it's Saban's defense. Sunseri's ready (spelling corrected of course, Sunseri really throws em off). But they come across state lines with their mouse clicking as soon as Damon gives Richt the keys to the red and black Brinks. 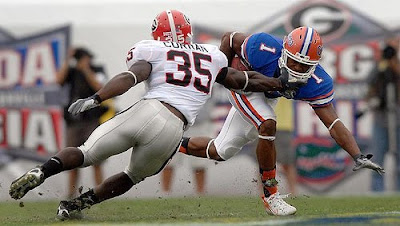 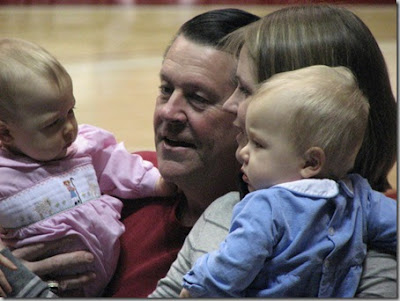 Back to the Smart Plan, I think it was Ivan Maisel who wrote that this one will come down to heartstrings  and career strategy. If indeed Bama has ante'd up, it's hard to believe we'd go too much further into the Butts-Mehre bank vault....if the reported 750-800k is accurate. My gut tells me the two offers would be comparable in cash and length. Of course, it also told me to eat that bag of cheese balls the other day.

So which is the Smarter move? Under Saban's wing with all those returning players, then safely tucked back in a closet away from any cameras or microphones? Or an opportunity to turn around a defense loaded with raw talent?

We can all speculate, but only one person really decides in the end....The wife! So if Mama's call ain't enough, maybe Andy Landers is the trump card. Mary Beth trusts him with the babies, so they would obviously have a babysitter. And it's not like they can trust some beer gut in a houndstooth with those little ones.

Here's your napkin Reader. You got a little on your chin there....no, other side.