* all results courtesy of Hale's blog 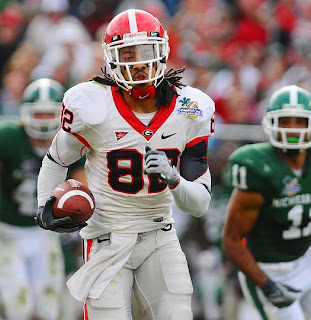 I'm very proud they're Dawgs. And eager to see what develops.
Hunker'd Down by Bernie at 9:32 AM

Totally agree about Mike Moore. He has shown me a lot in the way of consistency and I think he will end up somewhat like Hines Ward - not so much in style of play, they are different types of players - but in workmanlike, year-in-and-year-out success.