I know what you're thinking...it's only been a year? Yes, one year. Just three hundred and sixty five days since that intoxicating interaction between a dimwitted journalist and mysterious commenter. That rich and hilarious cyber exchange that will live forever in the wonderous interwebs.

Need a refresher? Lemme bring you back up to snuff...
A year ago Terence Moore still had his full time gig as Chief Craptastic over at the AJC. His charge at the time was to decide who the best candidate was for Georgia's basketball program. He had two names, one was Tubby Smith - former Georgia hoops coach, has enjoyed success everywhere he's been, stuck in seven feet of snow in Minnesota, might just be interested in a warmer clime.
The second name was Craig Robinson - Oregon State coach. Granted Moore did throw out some numbers in Robinson's favor, but most of the reasons why he should be the next Evans hire centered around the fact that he's also Michelle Obama's brother.
Such is the life of being a pimp in print.
After the article's (and I use that term loosely...) publication onto the AJC website, a marvelous thing happened...Mike Campo came to life. Born of the imagination of some internet subscriber from the vast darkness and obscurity that is the intertubes. We know not whether this person is an actual AJC subscriber or even if he actually knows how to ride a bike.
But certainly Hale was right when he typed that it's stuff like (this) that the internet was invented for.

Mike Campo 4/1/09, 11:38am - Mr. Moore, I am 12 years old and love reading your articles. I think they are great! Please keep writing and inspiring the youth like me to write!

Chief Craptastic 4/1/09, 11:48am - Mike Campo - Thanks for the kind words. Since you’re 12 years old, I’m sure you’ll change your mind several times in regards to what you want to do in life. But keep studying hard in general, and I’m glad you enjoy writing. The more you write, the more you’ll enjoy it, and the more you’ll develop your craft. Having the ability (and the will) to write effectively will help you in whatever you decide to do. So, Mike, keep listening to your parents and to your teachers, and you’ll be just fine.

Mike Campo 4/1/09, 12:02pm - Sorry, my dad typed that. He doesn’t like you and says you are racist. i don’t know what that means. he want’s me to ask you when you are moving to another state? He says he’ll buy me a new bike if you go. Please hurry up and move far away. 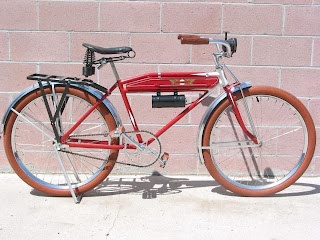 Pure. Comedy. Gold.
The fact that Moore even advises someone on how to develop their craft of writing is enough to make most keel over laughing their asses off. Surely even Mike Campo didn't expect the gag to go that well. If you want to relive the entire moment or if you had the misfortune of missing it altogether, you can drink in the entire goblet full of awesomeness by clicking here. I assure you that the hilarity is as ripe today as it was a mere year ago.
To give this first anniversary it's proper due, I was able to procure an interview with the idiot named Terence....a task Willard was more than ready for. Check back later for that.
But for now, thank you Mike Campo. Thank you for your cunning, your cleverness and your undetectable guise of pre-teendom. Hope that bike came with a personalized plate to put under the seat...FOOL'd YA!!
Hunker'd Down by Bernie at 6:35 AM