An Alcohol Town with a Red and Black Problem

The news Saturday was bad. The news yesterday was worse. Just as the police report removed the mask Damon Evans was hiding behind, it also cast Dontavius Jackson as both an impaired driver and a liar. 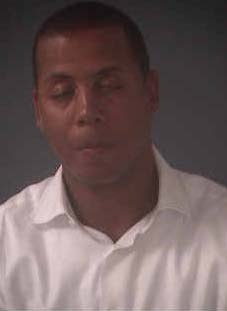 It's embarrassing. It's dangerous. It's a millions times both given the fact that the Athletic Department's head was just fired for similar behavior. Ugh. It's awful. It sucks. I'm pissed. I'm red-faced for all the wrong reasons.

But Michael Fitzpatrick...put down your pitchfork that you have leveled against Coach Richt. Take a deep breath. You're living in a glass town. Stones are not a wise option.


In the end, the football players who are stepping outside the lines and behaving badly are not above reproach. They deserve to be punished and they are responsible for their own behavior—no question.

However, at what point does the at-large-community (bar owners, patrons, etc.) start to take some of the responsibility for fostering this sense of entitlement and allowing it to continue?

See, what Kim gets that Mr. Fitzpatrick of the Red and Black simply does not is that this is an Athens problem. The media creates the circus around the football players getting caught doing things that thousands of students (and adults) in Athens are also doing because it sells print and creates clicks. Coach Richt is the easy target. The liquor store owner and the bar owners are harder to square in the cross-hairs. They take too much digging.


Lazy writers like Fitzpatrick would rather throw a gas can on the fire, even going so far as to irresponsibly link Jackson's name to a DUI victim. Obviously, Fitzpatrick would prefer to intern with Dennis Dodd rather than at Get the Picture. Not that The Senator needs one anyway. (And in case any Red and Black readers are wondering, a lady named Christa Scott killed Jordan Griner when her super impaired driving failed to acknowledge a red light. Should Dontavius Jackson have considered such consequences before cranking his Chevy...absolutely. A million times over. But should he be linked to a death he had nothing to do with...no. A million times over. Fitzpatrick doesn't even point one of his greasy fingers at Scott.) 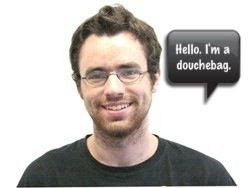 But while that's the most irresponsible part of Fitzpatrick's load of crap, it's not the laziest. That comes when the sports reporter tries to offer a solution:


A start would be bringing in more high-character players. Could you imagine these shenanigans happening during the reign of David Greene or David Pollack? They would not have allowed it.

That's some fancy typewriting dude. But...just to beg to differ...ummm...when did Odell Thurman play football 'tween the hedges? It may be hard to imagine, but 2004 was also after Prohibition. There were bars in downtown Athens back then that served alcohol just as eagerly and feverishly as they do now. I guess fact checking is for reporters without hair stylists.


What about you Reader? If you are like the sports reporter for the campus newspaper, by all means...go ahead and blame the one guy who's doing what he can to control the problem. Would I like to see some stiffer discipline, yes I would. But that also goes for the guys living in Russell Hall and the lovely ladies just north on Baxter Street. CMRs players have weekly lessons on this stuff from the day they set foot on campus. (I didn't get that, did you?) The football players have instant big brothers even before they suit up for August two-a-days. Rest assured, they hear the right messages consistently.

But kids do dumb things, even with the right guidance. And like Kim says, these guys should (and will) be punished. I'd be surprised if Jackson plays for Georgia again. And to give Fitzpatrick some credit, he's right that something needs to be done. I'm with him for stiffer punishment.

But please...don't castigate the one guy who's working on solutions. That's low-handed, short-sighted. More importantly, it's missing the point entirely.

If you really wanna win a red and black Pulitzer, find the guy that gave Jackson the shots. Find the person who made Mettenberger's IDs. That's plurality at its finest my brother! Then...then you have a real guilty party. And you're a lot closer to the truth: this isn't a football problem. It's an Athens problem. The guys who wear red and black just make the headlines bolder.

Bernie, I've been in the newspaper business for 15 years. And I can tell you now I'd not hire this type of incompetence that Mr. Fitzpatrick has displayed. It was very lazy, and a reporters easy way out.

If Mr. Fitzpatrick truly wants to dig to the heart of this matter, there's a much bigger fish to fry.

We know 85 scholly players and as many as 40 more dress in red in Athens and in truth in other colors on D1 campuses around the nation and commit the same kind of crap every summer. As fans and supporters we cringe during July when we open the paper. However, the NCAA has a rule that the Head Coach may not have contact with the team during the summer window. Only one as far as I have found is allowed and in Athens it's Van Halenger as it is on most campuses, the strength coach... makes sense if it can ONLY be one, that it be him.

My problem is, I'm 1 man with 3 kids and I'm not sure what they're doing right now. How can one guy possibly watch 125? The Head Coaches are who these parents (usually only one) sent these boys to play for, he should be allowed, 'er required to be in constant contact policing the activities of these young men with organized structure. Doesn't have to be workouts, or practice. But they could do any number of things to keep the coach close and involved.

If we are to take Fitzpatrick's advice, shouldn't we also be pissed at Michael Adams for the even GREATER numbers of underaged drinkers on campus that he's responsible for?

Like you said, Richt is one man. Maybe this writer will understand your point when he has kids. Then again, maybe not.