.
It's was hard to find video of Amp Arnold, but I was determined to have this third installment of my GATA Dawg relic series (here's Nat Hudson and here's Frank Ros). And this one's a little closer to home for me as Amp Arnold was also a Cedar Shoals product like myself...he just produced more Jaguar records in football, basketball and track, whereas I simply produced naps in Coach Watson's government class. But I do digress...

However, I was able to find this video from noted Dawg historian Patrick Garbin's YouTube channel. It doesn't show Amp's infamous catch and subsequent two-point conversion to beat the ramblin' wrecks back in 1978. But it picks up just afterwards when a seldom used backup defensive back preserved the lead and eventual victory.


If anyone else knows of a video or story I've missed on Amp, please correct my faulty research in the comments. And come back later today, when Amp is also the subject of my weekly Trivial Update and I provide readers with a little known Amp Arnold anecdote. Until then check out these related links: 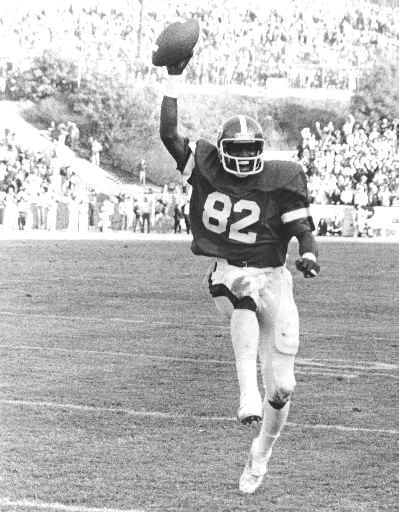 Email ThisBlogThis!Share to TwitterShare to FacebookShare to Pinterest
Dawg Tags: Awards, GATArchives, neither red nor black