#ThursdaysRTrivial episode 55 coming up after this PSA: Some people blaze trails, some pick flowers. Thanks to Johnny Cash you can do both now in Starkville MS. 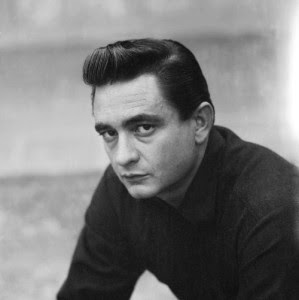 #ThursdaysRTrivial episode 55 "From FABULOUS to ACTUAL" Have a seat everyone, it's time for the weekly twitter twivia show that's an arrested development, not an arrested country singer. REPLY back your answer for a chance at an ACTUAL prize. The Dawgs play the dogs in Starkville on Sept 25th. It'll be a homecoming of sorts for OL Josh Davis of Tylertown High School. What other Tylertown HS product will play in the game?

I wish I could remember where I saw the comment. It may have been on Twitter, but I think it was on a message board. But the guy said how the Dawgs' away uniforms were his favorite, that there was something special about  seeing them in the opponents' stadium.

I couldn't agree more. No, there's no place like Sanford. And I'd rather be there on a Fall Saturday than anywhere else. But experiencing the sights and sounds of Glory, Glory away from home is simply awesome. But it must be tenfold for the Dawgs who are suddenly much closer to home, friends and loved ones. I hope Josh Davis makes a stack of pancakes in Starkville.

I intended to have a BIG announcement prior to this episode. And just as I was preparing for it, news broke about McGarity...then Branden...then Banks. So suddenly my BIG news was noticeably SMALL. But the show had to go on.

And going from 54 episodes of plain old fabulous prizes to an actual prize really brought out the trash talk. The tension was palpable, and the results produced another photo finish.

So...Scott gets TrTs first actual prize! (confetti...Price is Right babes...catchy music...you know, the works) Shan gets more cowbell...what else? Mike gets an Alex Trebek bobblehead doll. Many thanks to Mary of ecollegefinder for the sponsorship. You can dress like Scott too if you'd like, just visit MitchellandNess.com.


And if you'd like to sponsor an episode of ThursdaysRTrivial, just hit me up.
Hunker'd Down by Bernie at 5:36 AM

Email ThisBlogThis!Share to TwitterShare to FacebookShare to Pinterest
Dawg Tags: Dawgs on the Road, ThursdaysRTrivial, Tweets for Twits