Bulldogs of a Different Cloth, Both Looking Into Mirrors

And nationally, neither team stands out when it comes to ranking them against the other 118 FBS teams:


Other than turnovers, it's hard to see much advantage for Georgia. But Dawg fans can take some comfort in that we have decided who our QB is and that he's taking pretty good care of the football through three games. Mullen's two QB system on the other hand has accounted for 7 interceptions (although most of those were in their one road game at LSU).

The turnovers aren't all attributed to the quarterbacks, as both were under heavy pressure Saturday. Linemen and running backs have been at fault in protection breakdowns, though left tackle Derek Sherrod acknowledged the line hasn't played to its potential. 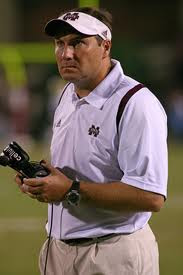 The theme this week in Starkville is one of becoming more consistent and trying to neutralize mistakes. In head coach Dan Mullen's second year many MSU fans are ready for tangible results after their fair share of moral victories in 2009, a season that left them just shy of bowl eligibility. Despite the familiarity of missing out on a bowl, maroon Bulldog fans can sense a change in the air.


Meanwhile in Athens, Coach Richt is also in unchartered water. His team is 0-2 in SEC play for the first time in his tenure. And although fans are clamoring uncomfortably, he is sticking to his off-season adjustments and doesn't foresee any tweaks.


Richt accentuated the positive Sunday for a team with a redshirt freshman quarterback and a new defensive scheme instead of dwelling on the negative.
“I had a sense after the game that this team really was improving and making strides and after watching the film we’re really moving in the right direction, which is a good thing,” he said.
Georgia’s margin for error now is all but gone.

The inconsistency of both teams so far this season could have us on the brink of a hard fought close game, or a one-sided affair that tilts to the team with greater confidence. Although we've seen Aaron Murray play on the road already, this will be his first night game. I'm wondering how much of that will be a factor. Then again, he played practically his entire high school career at night. Not to mention in venues not much smaller than Davis Wade Stadium.


There's little doubt in my mind that the team that wins is the one doing the best job of putting what they're seeing in the mirror in its appropriate perspective.

Email ThisBlogThis!Share to TwitterShare to FacebookShare to Pinterest
Dawg Tags: Coach Mark Richt, Dawgs on the Road, In Mississippi I haven't been born yet