.
A couple of questions I'm pondering as I head up 316 today as well as a few answers that may or may not emerge from the scrimmage.

Why am I going to G-Day? 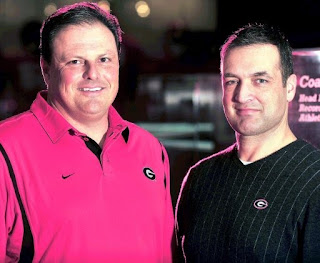 What would make this G-Day a success?
Sidenotes
And one last thing that deserves it's own paragraph as opposed to a bullet. If you are there today, how about we give Dontavious Jackson a well deserved round of applause for being the peacemaker two weekends ago in that infamous taxi ride. It's only fair that these kids get some props when they're in order after getting smeared unjustly.
Other G-Day Previews:
.
Hunker'd Down by Bernie at 4:30 AM No comments:

.
Imagine...you're Mr. Georgia Basketball. You  have opened up your recruitment. Would you rather be a part of an up and coming program...or join Hewitt?

“It’s really early because we haven’t had the chance to talk to either of them personally. Georgia Tech is here in the ACC, and they always seem to have a lot of talent there. Georgia is an up-and-coming program. They seem to have some (player) needs.” - Billy Thornton, Marcus' father

NATS...they always seem to have a lot of talent. Georgia...has some needs.
On one hand you have a program with out-dated facilities, but once snuck their way into a Final Four. On the other you have a program ready to kick ass...and happened to kick the former's earlier this January.

The Spring signing period starts next week. We can expect some other suitors to knock on the Thornton's door. Probably plenty of them.
But to me...honestly...the choice seems simple. Marcus Thornton...red and black would look good on you!
.
Hunker'd Down by Bernie at 4:45 AM No comments:

Trivial Update - Home By The Sea

#ThursdaysRTrivial ep 40 coming up right after this PSA: when falling asleep on the beach, drain beer and reapply sunscreen...liberally. 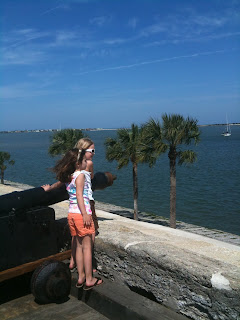 Welcome to #ThursdaysRTrivial episode 40, "Matazanas Aint in Kansas". It's the Twitter game show that always uses SPF 50 cuz it mixes best with beer. REPLY back your answer for a chance at a fabulous prize. What was the address of frequent BDB reader Olllddude's grandfather's home?
As a blogger I appreciate any and most all comments. I didn't go all in on this to just hear how awesome my posts are. Come to think of it, that's a good thing.

No, I originally started posting thoughts on the intertubes to hear what others had to say, agree or disagree. But then there are times when people post comments that really hit home. Olllddude did that on Monday. I remember spending many an afternoon on my grandmother's property in Barnwell SC. Her acreage was big enough that I could imagine playing the Masters with just my 7 and 9 iron...and a slightly experienced Pinnacle 4.


Sadly, now that home and property is a mere shadow of what it used to be. Time can destroy wood and even hardened brick. But it can't touch the memories.


So when Olllddude was kind enough to give the address of his grandfather's home on St. Augustine, it struck a chord within me. And after a brief detour and a quick click! of the camera-phone, I must say that Olllddude had it pretty good at 404 Old Quarry Rd. Although that breeze through the palms might require a full 7 iron.
: )


Just as I was relishing the fact that the wife took over the driving duties, she ran into the tail end of a traffic jam. I posted the TrT question just as we were trying to maneuver around it. Stuff_of_Legend couldn't provide the right path to get from HWY 42 south of McDonough to I-675, but he had the right tweet. And for that Scott takes home an authentic cannon ball from the Castillo de San Marcos and a ticket to board the seat of your choice on R.G. Snyder's red train Sight-Seeing tour. 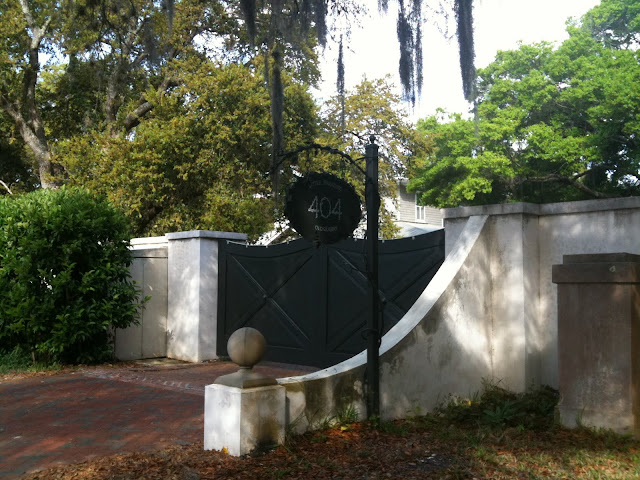 Email ThisBlogThis!Share to TwitterShare to FacebookShare to Pinterest
Dawg Tags: bourbon and the * key, phone lines are open, ThursdaysRTrivial, Tweets for Twits

The Visor can't seem to make up his mind. And thinks going back to way things worked at floriDuh will bring Danny Wuerfell to Chickumbia.

"But, no, I told the guys the other day that I'm going to go back to doing it the way I did it at Florida. I'm going to call the plays, or else they're going to all come through me."

Either way Steve, your still stuck with an asshat at QB.

I have been away from the interwebs the last couple of days, so I'm way behind on my reading. So far behind I wasn't even aware Purnell had changed zip codes (and I've got plenty of IPTAYers on Christmas card lists).
If things do open up again for Thornton I think it'll be interesting to see Fox go up against Hewitt for the signature. Even more interesting than seeing Mr. Georgia Basketball go up above the rim.

Hunker'd Down by Bernie at 4:37 AM No comments:

.
First and foremost, this is definitely not safe for work. But the truth of the matter is you can get the same effect from the video with it muted....


This guy's a douche...who shoulda tied his drawstring...

Wow! All of that just for a slice of processed, artificial cheese on his formerly frozen hamburger patty. 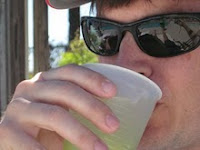 Actually, not quite to the United States' oldest port yet...HEY!!! PICK A LANE DUMBASS!!! Cover your ears girls, sorry...

But we're getting there. You might think I'd be worried about going to a place the Ol' Ball Coach and St. Timmy call home. But so do Cris Carpenter and Ray Charles, so I believe I'll be alright.

But since there's much packing, pit stops and potholes to get too, let's get right to the ingredients. Just remember the breath mints before you go back to that report. Hate for the the boss to catch you with tequila breath. 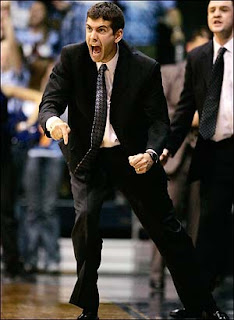 That should about do it for today Reader. I apologize if it's short. But if nothing else it should get you used to what promises to be a light week. Between the vacay, G-Day and a trip to Augusta National...there could be fewer words to read around here.
And when you stop jumping for joy, please pour me another round. Thanks!
Bernie
Hunker'd Down by Bernie at 4:45 AM 3 comments:

First of all, we should learn more today about the football team's involvement in the infamous taxi cab ride. My money's on a complete exoneration.

Secondly, not many people get as many cracks at greatness that Montez Robinson got in Athens. But in the end, the University of Georgia was just a stop and not a destination for the sophomore from Avon, Indiana.
Coach Richt was evidently so disgusted he didn't even wait for the kid's bond hearing to happen, he gave the news of Robinson's dismissal from the team while he was still behind bars. Can't say that I blame him. CMR continually is blamed for off-field problems to the point that every motor scooter on campus is under his charge, whether it's emerging from an alley or resting comfortably outside of Woodruff.
As for Montez, the journey ahead has many twists and turns. And while the road behind him has had even more, a man makes better decisions than the ones he's made in Athens. So while we all applaud CMR for the decision to let Robinson loose, this blawgger hopes to one day be able to applaud again for the player who has yet to embrace manhood. 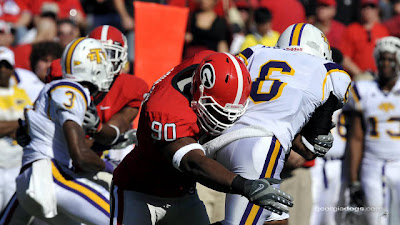 Hunker'd Down by Bernie at 4:36 AM No comments:

Email ThisBlogThis!Share to TwitterShare to FacebookShare to Pinterest
Dawg Tags: Coach Mark Richt, this rotgut moonshine is making me sick 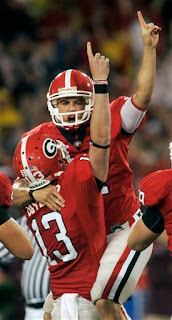 Blair Walsh lead the SEC in touchbacks last year. And that was with Fabris tying his shoelaces together before each free kick.

Color me affirmed. Straight from the kicker's mouth, he was under utilized. He was restrained by his own coach and now he's free to do something we all knew was the very definition of sanity - kick the damn ball. No more pussyfooting. No more chewing glass for no reason.

This past December under the watchful, controlling eye of Fabris, Walsh was a Groza finalist. Now that he's being let off the chain, Walsh may just be a Heisman contender.

Hunker'd Down by Bernie at 4:35 AM No comments: