#ThursdaysRTrivial ep. 49 coming up right after this PSA: Roger Federer wishes he could bark like Big John. 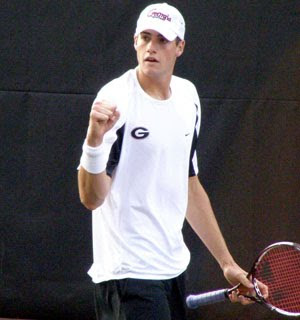 #ThursdaysRTrivial episode 49 "Barking in London". Welcome to the strawberries and cream edition of the Twitter Twivia show that's always served with a side of Dawg. REPLY back your answer for a chance at a fabulous prize. Of course you know John Isner was a star at UGA and may even remember he was the 1 seed in the 2007 NCAA Tournament. But do you know who defeated the top Dawg?


The former Dawg tennis star did a lot as an ambassador for the University of Georgia this week, so it was time to show some love back. Although the end of Isner's run was anti-climatic (and how could it not be without a trophy...?), his stardom is now in line with his game. He'll soon be a top ten player and there's few people worldwide who follow tennis and don't know his name.


And if they watched any of his interviews, they also know he knows a thing or two about hunkering down 'tween the hedges as well as on the court.


We had one contestant who toyed with a serve right down the middle and it surely would've been an ace. But instead it hit the tape...


But Nama's fresh off a stellar run on an Atlanta circuit in T2:
@BernieDawg Somdev Devvarman was the one who beat Isner. Some one probably beat me but figured I would chime in!


Well done buddy! Enjoy the old school Dawg tee, the same one John was rockin' while talking to tv journalists around the world. Somdev even won the next year as well. Forced those Wahoos to retire his tennis gear in infamy.


For the rest of you, here's a nice interview with Isner's mom where she gives a nice shout-out to the Dawg Nation.

Hunker'd Down by Bernie at 5:46 AM No comments:

Is John Isner in Tennis Purgatory?

Let's put this in perspective, or at least try. 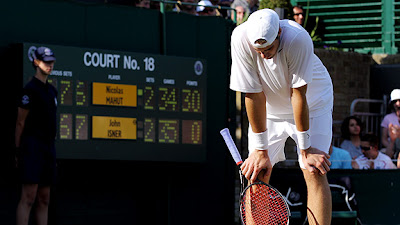 We could go on and on. The fact remains that these guys are in a match that apparently will never end. They played 4 sets Tuesday evening and came back Wednesday to play another 7 hours with no winner decided.
I've watched about 75% of the match. The quaint Court #18 has grown remarkably in the number of fans that surround it. We knew back in January that John was playing great tennis. His serve is practically unbreakable; unfortunately his return of serve hasn't come around enough to get him out of jams. Yet he's had a couple match points. Tomorrow it's time to finish the drill..
We won't hear much barking across the pond. But it'd be nice if we'd all bark like hell at our TVs (or laptops) today.
Some other good readings:


[Posted with iBlogger from my iPhone]
Hunker'd Down by Bernie at 9:43 PM No comments:

End of an Era, a Haleian Effort

Just as the 1980 season came to a wonderful end in New Orleans and the 1990 baseball season left us wanting more...David Hale is taking his craft to the Philadelphia Phillies. To say he will be sorely missed is just another foul ball.


I've often said here in this space that if you're reading my stuff before you click to his, you should indulge yourself in a mental evaluation. The guy is more than fair and balanced. He gives great insight and writes with purpose. But as usual, he said it best with this extract from his original blog post: 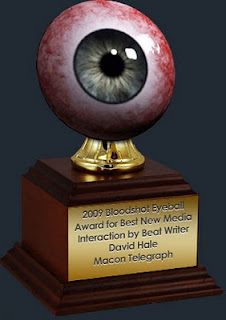 My name is David Hale, and a quick Google search reveals that I am no more than the 63rd most important person with that name in the world. I’ve lived in Georgia for two of the past three years, during which time I covered UGA football regularly. I’ll tell you right off the bat I neither root for the Bulldogs nor do I root against them. What I root for is a good story, and luckily for me, Georgia routinely does a good job of delivering exactly that.

We are certainly lucky that he's been our beat guy, but we're even luckier that he's set the bar so high for the next guy. Although I don't see how anyone could clear it. After all, Hale was the recipient of the 2009 Bloodshot Eyeball Award.


So we here at BDB wish the Great Hale the best of luck. In tribute, whenever someone reaches a particularly high level of Georgia athletics coverage...we shall refer to it as a Haleian effort. May the new gig pay you well enough to support your cheesesteak addiction.

Email ThisBlogThis!Share to TwitterShare to FacebookShare to Pinterest
Dawg Tags: a Haleian Effort

While David Pollack was busy playing PeeWee ball with his future UGA roommate, there was a frenchman terrorizing SEC QBs and adding his name to record books. Richard Le Sack Tardits hadn't played American football when he walked onto Dooley's team in 1985. But by the time he left UGA, he'd learned a thing or two.
This is a vintage video after a victory over floriDuh in 1987. h/t ghostoferkrussell
Richard Tardits...DamnGoodDawg.
Hunker'd Down by Bernie at 6:09 AM 3 comments:

Email ThisBlogThis!Share to TwitterShare to FacebookShare to Pinterest
Dawg Tags: as seen on YouTube, Awards, DamnGoodDawg, GATArchives, neither red nor black, WLOCP

Monday’s Margarita – Teeing it up with Dear Ol' Dad

We’re live from the Outer Banks! Weather’s here, wish you were beautiful.
For all you dads out there, hope the weekend was full of homemade gifts and a couple of naps in between cold beverages.  Since we were back on the road yesterday, my wife was nice enough to drive. Unfortunately the kids woudn’t give up the DVD player though. Being a father only gets you so far I guess. So instead of watching The Princess Bride for the 957th time, I spent some time reflecting on the meaning of fatherhood…and telling my lady what an awesome driver she is.
I also spent part of yesterday packing the car to get the family ready for the beach. As I did so, I could vividly remember my dad doing the same thing when I was 10 or so. I recall him wiping the beads of sweat from his forehead and his shirt drenched in sweat as my mom or my grandmother brought yet another brown Piggly Wiggly sack out to fit into the car. 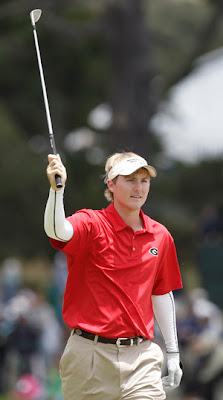 The same car that had just been perfectly packed and declared ready for interstate travel. So as I slammed the trunk shut and secured the DVD player's connections, I smiled just a little for dear ol' Dad. Cuz when the kids get to the beach and suddenly have their beach toys and the wife miraculously has her twelve or so hair modifying implements...well, we will be glad a dad was up for the task. 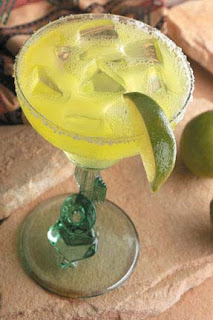 As my 8yo did everything to avoid me yesterday morning (after spending an hour and a half packing the car) while knowing she was in trouble, I couldn't help but remember another anecdote from being my dad's son. I guess the underlying theme would be GUILT.
I often recall learning the game of golf while playing with dad on a 9-hole community course my grandfather helped design in Blackville, SC. I remember teeing the ball up in the fairway after a particularly short tee shot. I discreetly glanced at my dad as he ventured up the fairway towards the place where his tee shot had settled. Wrought with guilt my hands seemed to curse me as I addressed the Pinnacle 3.
Finally, after a few moments of awkwardly failing to complete a backswing, I placed the wooden aid back in my junior bag and played the ball as it lied, or at least as it had originally laid. I guess even from a distance fathers can have a positive effect in their children's decisions.
Now if I could just get mine to make a decent bloody mary without my presence in the kitchen. Here's your cocktail napkin Reader. Don't spill any on your work station.
Bernie
Hunker'd Down by Bernie at 7:29 AM 1 comment: