For as long as I care to remember the candles on my cake have been devoted to one thing: beat Tech. And while this year doesn't mark the historic proportions of last year, I hope the same wish is granted as the one last year. It's been a miserable season. Reminding the engiNerds of their lot in life will ease the pain, significantly.


Bourbon helps nearly as much. Enjoy the game Reader. When AJ throws me the game ball as the final tick drains from the clock...then you'll know I snuck in a bonus one as well. 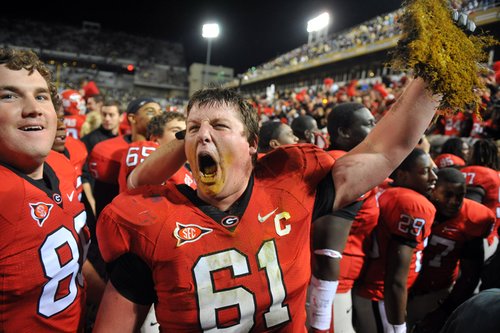 Hunker'd Down by Bernie at 8:37 AM No comments:

Some videos of past Glories...


h/t drewinsc
I had never seen that fumble from that angle with Ball just sitting there pointing. Good stuff.

And a couple from Patrick Garbin's channel. First, the conclusion of the 1978 game where Amp Arnold puts on quite a show. And then the 1981 game where Herschel (ho hum) scores his fourth touchdown of the game on 4th and goal.

Hunker'd Down by Bernie at 5:35 AM No comments:

For the Husbands in the Audience

Stopping the Nerds from a Revenge Sequel

Heading back to our great state after more than my fill of turkey and a great visit with the in-laws. Thought I'd try a mobile post from Eisenhower's Interstate system before I'm stuck unpacking and detoxing the kids after a week of grandparental attention.

Offense
- Bobo should be able to put up plenty of points. He did so last year without AJ Green or Aaron Murray.
- The only way we don't exceed last year's 30 is if the guys in silver britches don't protect the football.
- Let's face it, tomorrow is Al Groh's living nightmare.

Teams Especial
- Kickoff teams have been good, but need to bounce back after the showing on the plains.
- Boykin allowing Murray to take over on the twenty when he catches it in his own endzone would be a start.
- basically, hold serve on field position and let the offense do their thing. Anything north of that is just gravy for Thursday's leftovers.

Defense
- I'd be shocked if Grantham and Belin don't have their guys in position to make plays. We just have to tackle, then tackle better and then tackle some more.
- For an in depth and great breakdown (at the Senator's suggestion) I perused DrB's game film analysis of Clemson's game against Tech. PaJammies's dance begins and ends with the dive play. Stop that and the pitch, misdirection and perimeter becomes easier to defend.
- and more than any other team, this is a team to put into 3rd and longs. So tackle...well.
- If Lakatos doesn't have an easy day tomorrow, next week's gonna be hell.

Hunker'd Down by Bernie at 3:37 PM No comments:

Hoop Dawgs had a tough loss last night in the first round of the Old Spice Classic, 89-82 to Notre Dame. Behind some gritty defense and timely shooting, they controlled virtually the entire first half and had a 12 point lead at the break.

But Notre Dame fought back and after two ovetimes we came up short. The Irish are a solid team that looked like they were playing their first real game of the season. But when they found their legs it equalized our athleticism. And against solid teams you can't miss like we did from the charity stripe (10 of 20). And you can't be that anemic form behind the arc (9-34).

Thompkins returned from his ankle injury for his first action of the season; came off the bench for 13 points and 33 minutes. Trey had a good game, but clearly struggled as much as you'll see someone struggle with his talent.

Check them out in the rest of the action from Orlando.

- Posted using BlogPress from Bernie's iPhone
Hunker'd Down by Bernie at 5:53 AM No comments:

Planes, Trains and Automobiles. Easily in my top three all time favorite movies. And a great Thanksgiving movie altogether. In fact, the first time I saw it was Turkey Day 1987 while the rest of the family shopped. Suckers.


So Happy Thanksgiving to you and yours Reader. Thanks especially to our service men and women who are sacrificing this great day so that I may sit at a table and share with my loved ones. And thanks to those who have made the ultimate sacrifice so that we can be truly thankful.


May your gravy boat be plentiful and your afternoon nap trytophantastic!

Good piece by Weiszer today on the underclassmen facing decisions after the 2010 season ends. As I said earlier, I can't see a way we get lucky enough to get four seasons out of a talent like AJ Green. But if you're at the Dawg Walk Saturday...and you can do a fair job of imitating Dora Green's voice...use your words wisely.


And if you're one of those trombones players...by all means, be careful!
Hunker'd Down by Bernie at 9:42 AM No comments:

Used this post last year to kick off Hate Week in earnest. Little bit later with it this year, but still appropriate. 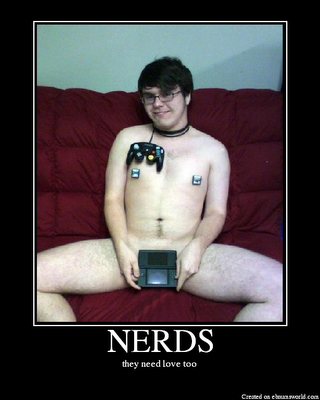 (h/t Ally)
So don't feel ashamed about a feeling that comes so natural. And no matter how much love they may need, whatever you do...resist any urge towards sympathy, clemancy, and (God forbid) compassion.
Afterall, while the Seilers grieved...they laughed.
- - - - - - - - - - - - - -
Other readings to help you get your hate on:

Hunker'd Down by Bernie at 9:40 AM No comments:

I get pretty stoked before the game like anyone else. But on Senior Day it's always a little different; a little more emotional. It's the last time these guys will be dressing up to GATA. They're the guys we've known the longest, and really know the best. Like the fact that Shaun Chapas can clap even better than he can beatbox.


Regardless of how much they've played, how many positions they've tried to fit into, or what kind of memories, record they leave behind...they're our Dawgs. Here's the list taken from georgiadogs.com:


Thanks for your effort, your practice and your heart. Have fun Saturday. You will be missed.

And yes, we'll miss you too AJ and Justin. For you Reader, here's your sharpie. Add your own. 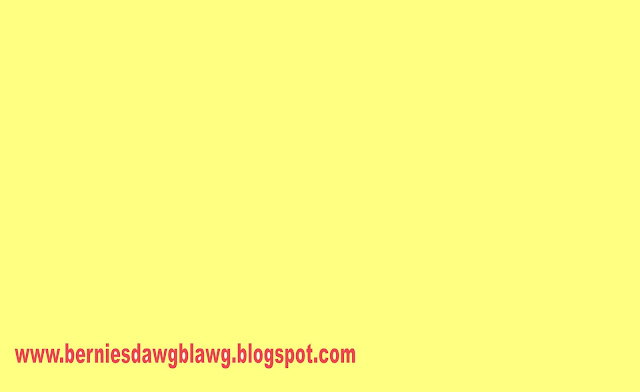 h/t McBud
Hunker'd Down by Bernie at 5:45 AM No comments:

...hate the nerd that forsake it for a grilled cheese while World of Warcraft was on pause.


I hope you all had a chance to take in that ESPN 30 for 30 piece on Marcus Dupree. If recruiting intrigues you in the least and if college football is where your heart is, you'll be mesmerized. Dude was big, and fast. Electric with the ball. A small town boy from more than modest means in rural Mississippi had the football world in the palm of his hands.


And if you watched it, you'll also enjoy this piece by Patrick Garbin. He takes the ESPN documentary and weaves in some UGA football threads as he can only do. Like how close Dooley was to replacing Herschel with Dupree, not once but twice.


Dupree's tale from the early to mid 80s is especially timely given the recent allegations surrounding Cam Newton's recruitment and the ever growing presence of professional representation in college athletics. In the end, Dupree only became the best that never was. I hope young athletes have the chance to see the Marcus Dupree that is looking back today on his youth with more than a tinge of regret. 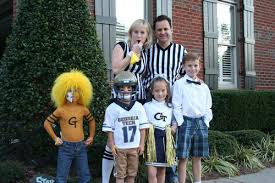 You have to understand your enemy folks. Sometimes you need to breathe the air they breathe, try and walk in their shoes...protect your pocket for realz.
So with that in mind and a bye week at hand, we got out the hammer, the ladder and a pile of lumber and I helped Dad with some measurements. Could we engineer a treehouse? If so, would it resemble a wrambled wreck? More importantly, would we be too exhausted afterward to drink the celebratory beer?
But after a day full of calculations and wood scraps at our feet, we had a couple of happy kids but no better understanding of nerdom. So I guess I'll just have to continue on as one who can't understand the triple option no more than a Saturday night in mom's basement.
It just goes to show you Reader...you can make the kids happy, but you don't have to lather on the pimple cream to do it. Tune in later this week as we continue to get our hate on. Until then, here's your fork. It's algorithm free.
Bernie
Hunker'd Down by Bernie at 5:37 AM No comments: