Your bracket's done been busted. The lady made you work in the yard all weekend. Your Dawgs got bounced from the tourney. Might as well sink into some slow cooked comfort food.


You know, I'm real thankful to have a wife that I see eye to eye with on most things that don't involve televised reality shows. That's especially important when it comes to raising a couple of younguns. We're pretty much a united front and complement each other well on the battle field that is parenthood. 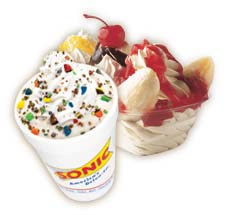 All that being said, I am now officially chopped liver. A few weeks ago Mrs. Bernie set out to meet up with some friends, and left me and the girls with a frozen lasagna. As the three of us picked through it with all the enthusiasm of a trip to the dentist's office, I realized I had to do something quick. Or else forever be entrenched as the lame parent that gets left behind to remind them to do their homework, brush their teeth...and wash behind your ears this time!!!.


So we left the dishes in the sink and piled in the car and I drove them to Sonic for dessert. It's a lot further away from our house than the local McD's, but I needed something exciting and I built it up as such for a good 15 minutes. Under the glow of the menu sign they struggled with all the options as their eyes danced from one delicious frozen item to the next (none of which was lasagna), but I insisted the voice on the drive-thru speaker be patient.


The whole thing paid off big time. By the time we got back home I could've sold them on eating frozen lasagna every night for the rest of their lives. It was a good era in my fatherhood. But it all came crashing down yesterday about noon. The wife had swung a private viewing of some up and coming boy band at the mall. She had VIP passes for my little pre-teen princess and her budding pre-pre-teen littler sister that allowed them full access to what can only be described as pubescent Brad Pitts with microphones and a handful of guitar lessons. I'm doomed. No way a milkshake can stand up to an autographed t-shirt. A slushy doesn't have a shot in hell against a personalized CD.


Yep, it was a good run. But I am now Gerry Cooney and my wife is Muhammed Ali. I'm that kicker for the Buffalo Bills back in the 90s and she's Joe Montana. I'll be lucky if the kids even make my trips to the beer fridge for me anymore. Sigh. 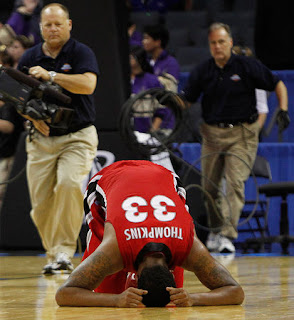 Perhaps ol' Grizzard was still on my mind when I read this bit of news about Stone Mountain. It seems the park's age old laser show is getting an upgrade that will make the monolith spew lava and then get really psychedelic with pretty birds and flowers. Maybe even a rabbit that we'll all follow down a hole. 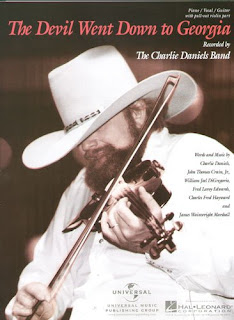 You older visitors will remember that Grizzard was the step-brother of humorist Ludlow Porch who passed away just last month. Ludlow could be heard for years on his radio show where he enjoyed pulling off pranks on listeners whose IQs were somewhere south of of the GA-Fla border. I remember Dad telling me of one years ago where he convinced listeners that Montana didn't exist (even the ones who had been to the state), that it was a government plot.

There was also the time he got everyone riled up about some yankee multi-million dollar conglomerate that had just purchased Stone Mountain Park; they were planning on taking away all of the Confederate flags and redecorating with pink flamingos. By the time he mentioned that Jackson, Davis and Lee's faces would be sand blasted off the mountain altogether we were about three steps from our second secession from the union in just over a hundred years.

Nope, down here in the great state of Georgia we're second fiddle to no one. Not any politically correct millionaires, not Hanoi Jane, not the devil and definitely not any yankees. Now if I could just out rock these boy bands and their unkempt hair I might just trump the wife again. Then again, air-fiddlin' Charlie Daniels on top of the dinner table probably isn't helping matters.


But there are some things you just can't help. Here's your fork Reader, go shoot fire from your finger tips have a great Monday.

Bernie
Hunker'd Down by Bernie at 8:55 AM

When it comes to daughters, daddy can never be topped or replaced. Trust me on this one.

Bernie, always love your stuff. The write up about your trip to Sonic was hilarious.
You struck a nerve with your write up about Stone Mountain Park. Being a Stone Mountain native myself and having worked at the Park twice, I can tell you that it's headed for a Yankee demise. Herschend Family Entertainment has done great things for the Park and for the town of Stone Mountain. They've taken it past the point of a quaint Southern icon of heritage and created an amusement park. But in doing so, they have definitely downplayed the Southern Heritage that made the park so nice. I stand by my bet that within the next 5 years, there will be a roller coaster there, and I hate to see it. In making a "family friendly environment," they've officially killed the Southern spirit. I once saw a customer have to ask three levels of management where the old Confederate Museum was located before they could find their answer. It won't be long at all before Jackson, Lee, and Davis are replaced with more "family friendly" icons of Southern history.... It's a true shame.

Herschel Blogger - Hope you understand that I wrote that hoping the joking would make the pain easier. I have fond memories as a kid of going to Stone Mountain. My favorite was the train ride around the mountain. Honestly, I can't say I've been there in over 10 years. It is sad that it's being commercialized so grossly. In the article referenced I noticed where the guy said they're trying to keep up with Disney World. To which I could only respond - Why?

If I want my kids to see Disney World I take them there. Stone Mountain used to be affordable family entertainment.