There are now three classic blunders I shall from this day forward try my best to avoid. The first two come from Vizzini in The Princess Bride: never get involved in a land war in Asia and never go in against a Sicilian when death is on the line. Then on Friday I discovered the third: don't take your wife to a beer tasting.


The last several months on Friday afternoons my local liquor store has a free beer tasting. You get to go in and try a few brews that they have in the cooler. It's kind of the perfect start to the weekend. I get to drink some beer and Mrs. Bernie gets to start on dinner without me getting in the way.


However, this past Friday brought a monkey wrench and I just never saw it coming. My folks took the kids for the weekend and suddenly the wife's schedule was freed up. So...she tagged along. Seemed like a great idea. She likes beer too afterall and always seems at least mildly curious as to what these bottles are I keep in the beer fridge. So, we had some beers from Red Brick Brewery in Atlanta, then moseyed on over to the store to do some shopping. I stuck to the normal routine; grabbed some beer then perused the bourbon bottles.


But by the time I caught back up with the lady we were the proud owners of a $90 bottle of wine. Huh...wuh? I was dumbfounded. She responded, But we're getting it for $50! It's marked down. How does this happen? I'd allowed myself to lose track of her for a few moments and she had wandered off course into the wine aisles. Stick to the script!! I pleaded. We're getting this bottle of wine <Bernie>! she insisted through clenched teeth. Then she went on about certain grapes and regions of Italy, all while the salesguy stood beside her smiling. This weekly ritual is always about beer. Suddenly I was purchasing a corked bottle of grapes that had been smushed to a pulp by some Italian man's instep. 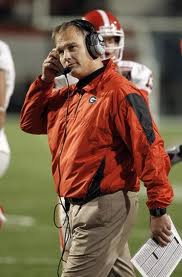 Most of the time one can overcome the effects of a classic blunder. With a well-trained brain and a merely serviceable memory bank I can remember that the next time Mrs. Bernie's Friday afternoon schedule is cleared up to tell her I'm simply heading out to the dentist office...or to an emergency meeting of my local MENSA group. Actually I'll probably stick with the dentist. She knows I'm don't floss as much as I should anyway.

Tragically worse than a classic blunder is a critical error. A fumble or a poorly thrown ball can be a blunder, but when the loose football is scooped and scored or the pass is picked for six, well that's going to be difficult to recover from. Hell, let a d-lineman rumble 60 yards in roughly the amount of time it takes a 5 year old to master his own shoe strings and you can forget all about bloopers and gaffes. You've crossed into territory where blunders go to die. There's no comic relief in giving up multiple touchdowns to these follies.

After re-watching the game last night it was even more obvious that we were victims of these screw-ups. For all the progress the coaching staff and players made in working through the Boise hangover, we still can't overcome our own obstacles. Perhaps AthensHomerDawg put it best, we're snakebit.

To continue with the analogy, I would add that we're a nation divided and the venom is going to be plentiful going forward. There was a time when Coach Richt losing a game was viewed as a blunder (or for you wine drankers...a faux pas). There was even some in fairly recent memory that could be categorized as aberrations, absurdities. Hell, he used to be king of the road win for goodness sake. But folks, we're way past that now. Every loss is a critical error when you've won 7 of your last 17 SEC games. It might all be enough for me to chug a $50 bottle of wine.

Let that simmer a bit, then spoon a little gravy over your lunch Reader. Better days are ahead...somewhere.

A fun piece Bernie. One of the many things I enjoy about your blog is these shared personal insights about family. There are those that believe fermented grape juice complements a meal, and the idea that it helps people relax. As Ogden Nash wrote, “Candy is dandy, but liquor is quicker.” My Tennessee neighbor saw fit to run the Usc flag up his flagpole…… and so the feud starts anew. On a sad note our Jack Russell caught their Persian cat on the back deck pilfering dog food. It did not turn out well for the cat. And now I stand accused of inciting cat abuse. In my opinion the cat was lucky …. Instead of Bandit the Jack .. It could have been Molly Dolly Dog the Staffy! We cannot start winning soon enough for me.

I like wine. I may even like it better than beer. But it has drawbacks and one of those is the relative cost as you go upscale with it. The best beers usually cost the most, but not that much more.

Wine, on the other hand gets exponentially more expensive as you move up. On Wednesday, Mrs. Olllldude and I will celebrate 40 years of marriage, and our middle daughter decided that the perfect gift would be an estate bottled Sauternes from 1971. And it is, except that, in my curiosity I sought to find a price for that particular vintage and estate and the cheapest I could find for the bottle - just your average 750ml bottle - was over $150.00. So, as much as I am going to enjoy the moment and the celebration, I have to say that in a corner of my mind I am going to be wondering if a bottle of Two Buck Chuck wouldn't have been about as tasty.

@Ollllddude I heard Two Buck Chuck has gone up in price 50%. Regardless, please accept my somewhat early congrats sir!