Friday Thoughts on the Flats

May be two weeks early, but since I was there last night* I wanted to pass along a couple thoughts on Tech's Thursday Night faceplant. 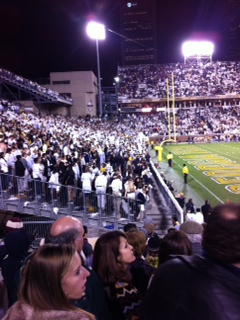 Anyway, now back to our regularly scheduled Auburn hate.


*Thanks to the Anonymous commenter yesterday that reminded me Sean Glennon's jersey was stolen 4 years ago instead of two. Couldn't get your comment published through Disqus for some reason.

Comes from brain damage after years of getting beaten.