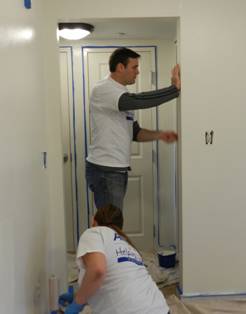 A group of former University of Georgia football stars joined representatives from the Southeastern Conference and Allstate Insurance to lend their hands to charity as part of the third annual Allstate SEC Good Works Day in Atlanta on Dec. 1.

Planned in conjunction with Hands on Atlanta, the community service initiative benefitted CHRIS Kids, a local organization that provides safe and stable living environments and offers mental health services for children and families. 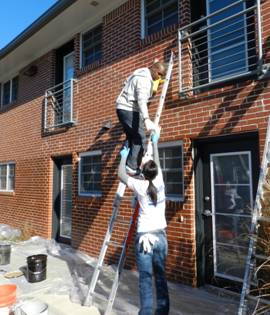 SEC Commissioner Mike Slive was also on hand at the event and spoke to the volunteers about the SEC and Allstate’s shared commitment to making a difference in the community.
Hunker'd Down by Bernie at 5:34 AM

Man, I wish this stuff would get as much attention as some of the other stuff that players do.  Just imagine seeing 1000 tweets about this!

Agree. Proud of those Dawgs! And the folks behind the scenes of All State Good Works do a good job of promoting the event.