My youngest loves her some Georgia Bulldogs football. She may very well be the first girl to lay the wood 'tween the hedges. At the age of 2 she made a perfect form tackle on her older sister. Since then she's graduated to blindsiding me a few times a day. If she's our little Mitch Davis, I guess that makes me Herbie in the '93 Citrus. Sigh. 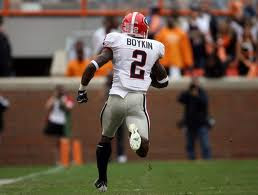 The other day though she blindsided me with a question. I was watching something on recruiting and it seems she was paying close attention as usual. "How do we make room on the team for these players Daddy?" I responded with the simplest explanation of eligibility that I could possibly construct. Which eventually brought this follow up" "So which players are leaving?" I provided a quick list that included Ben Jones and Brandon Boykin, among others.


At this point I thought I had satisfied her and done a pretty good job of explaining some points that are difficult for most message boreders to comprehend, much less a 2nd grader. But then I looked at her. The look of sheer and utter disappointment was clearly evident. Her face was the pictured definition of dejection and her lips seemed to tremble.


Eventually she managed to say what I suddenly feared she would: "Brandon Boykin isn't on the team anymore?" Well...my heart broke. Barely a week earlier she had watched #2 nearly single-handedly beat the Spartans in the Outback. She has jumped for joy each time Boykin has intercepted an opposing quarterback (or in her cute lil vernacular "quarterbacker") on her iTouch's NCAA Football game. She laughed hysterically at each picture I showed her of Jones' eating nerd turf or pre-gaming barefoot. And now I had just absentmindedly burst her little Dawg bubble.


Seven year olds couldn't care less about recruiting rankings and whether this new 17 year old that just committed is a 4 or 5 star. She just wants the Damn Good Dawgs she's come to know and love. 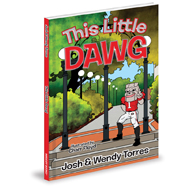 There can be such comfort in the minds of our little ones. The world is a much simpler place, one without taxes, high fiber diets or joint pain. As a bonus Aron White gets to play as a Dawg until he is ready to run for President of the United States. As a double bonus Herschel gets to return and play until he turns 85 and can no longer run a sub 4.5 forty.

But no, the real world has rules. And as the world's most awesomest dad it is my job to explain them as best I can. And I'll try and go about it with some courtesy, some empathy and some taste. You know, unlike the way Darth Saban goes about trimming the excess fat.

Of course, as I type that I realize I haven't told the kids that Orson Charles is leaving early yet. That'll go over like a ton of bricks.

And thus begins out winter of discontent Reader. Goodbyes are hard. Somehow even the lil Dawgs will carry on. Here's your fork. Have a great Monday.