Spring Practice starts next week. Yes! You read that right, next week. Before we get to that calendar milestone I'd like to come clean, set some things straight...get some crap off my plate.


First, sorry about last week's rant on soccer rainouts. I felt like a complete dumbass Saturday after complaining so heartily when the little girl's team was up 6-0 at halftime. Obviously they can afford a couple rainouts. This was apparent as early as the first goal. My lil sweetheart took the ball down the left side and centered a pass with her left boot that was the best lookin thing I've laid eyes on since Michael Johnson cradled that 70XTakeoff in the corner of Abuurn's endzone. Her teammate then buried the pass in the back of the net.


Next I feel the need to give Bobo a hug. Look dude, I haven't been great with the timing of some posts. You sometimes frustrate the hell outta me. But I want you to know I support you. If not before, ever since you threw that prayer to Corey Allen on the plains in '96 (again with the barners, piling on!) I've said you my boy! I know and you know that all you need is a dependable running game and this offense will have as much bite as it does bark.


Which leads me to my last repentance. Isaiah Crowell. I was hard on the kid. I don't think I was too hard, but with news that he's doing well this winter during workouts (and from what I'm hearing, despite some really difficult times for the kid) I think it's past time to give the guy a pat on the back. I'm looking forward to seeing #1 in his second year. Should be fun seeing him compete with a stable of tailbacks.


Whew. That feels better. Now onto the main course. 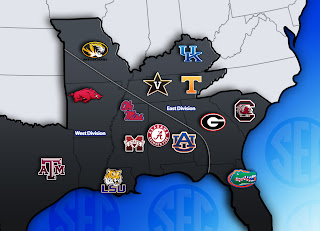 Pretty excited about launching a new feature here, hopefully this week. Ron is one of BDB's most ardent readers. Which is to say he has a dependable internet service provider and strange desire to subject himself daily to my lunacy. And he was kind enough to share some unique treasures with me. To cut the story short, I now have a TON of old newspaper clippings that are just begging for world wide web attention.
I've got pictures of Herschel I've never seen (and I thought I had seen most of them). I've got stories from the 1981 Sugar Bowl galore. He even sent me the tape they used for Herschel's bum shoulder so he could get back in the game...just kidding. But you get the idea.

So I'd like to share some of these riches. I've spent some time going through it all and there's some stuff I know you'd like. And what better way to say thanks to Ron and his family than to give this stuff some attention it deserves. There's several articles you'd enjoy that shouldn't be too hard to re-type and give credit. And there's hundreds of pictures I'll try and scan in and share.

Haven't decide on a name for the feature yet, but you'll know it when you see it. Trust me. Until then, here's your guilt free fork. Get after it!

Bobo and Ward in '96 against Texas Tech.  4th quarter  come back in the rain. All the boo birds had bailed when the rain came. The four overtimes against the Barners  that same year wasn't bad. Remember that med student started at qb?Bobo had to come off the bench.  In over time Torin Kirtsy made them chase him and then Robert just ran through them. Their tongues were hanging out. Kirtsy later succumbed to the weed and was forced off the team.  I like the Bobo. Met his Dad at Stephens Co High School, Toccoa while Randy Howell was principal there. Mr. Howell was also principal at Winder Barrow HS when  Coach Philly Jones  and the Big Man on D were there!  Good stuff.  Mr. Howell now lives in South Kackalacy with his beautiful bride (my brides best friend). He gives the chicken there fits. On occasion.... I join him!

And didn't Kirtsey end up at South Carolina? Or am I thinking of someone else.

I think he could have played there. He was turning into a heck of a  return man on special teams. Somehow he got sideways with JD. Now that is hard to do isn't it? Anyway..... "
NO KIRTSEY:Former Georgia tailback Torin Kirtsey won't transfer to South Carolina after all, South Carolina coach Brad Scott has determined.

Scott, in Birmingham, Ala., for SEC Kickoff '97, said a day earlier that Kirtsey and Georgia coach Jim Donnan merely had a difference of opinion about such issues as playing time.


According to a university police report, Kirtsey assaulted a
teammate in May 1996, was suspended from the Tennessee game last season
for what Donnan called a violation of team policy and got in trouble in
December for cutting the wires to a smoke detector in his dorm room.'

The ole cut the wires to do what?  routine grew old. Hah..... if they are hard wired they do trigger another sensor when cut. Leaves enough time to light, smoke, and grow stupid before someone shows up to check on you. Are you safe?  "Yah mon.... we all goot here....." Unbelievable.

Don't throw your back out with all that heavy googling. Nice catch. Guess I was half baked...I mean half right mon.