My God! A Fifty year old!


Call me a bad blogger, but I just can't write a better post to celebrate the man that is Herschel Walker, for the second year in a row. So what follows is a repost. You can also check out these videos if you really want to do some pushups!

On March 3, 1962 Christine Walker gave birth to Herschel. So on this day 48 years ago, a legend was indeed born. Have a seat Reader and let's take just a moment to recognize and celebrate. 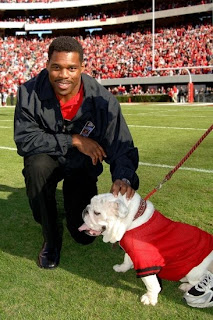 I'm not going to pretend to tell you anything you don't already know. Every Georgia fan has their own favorite Herschel highlight, their favorite moment and their favorite anecdote. That's what happens when you roll into town in your trans am and rack up 5,259 yards in just 994 carries and 33 games. You become larger than life, a bigger football player than the storied hedges can contain.


No, this post is not to regurgitate a bunch of highlights, memories. We can do that the other 364 days of the year. Today is for celebrating the man that Herschel is. It's his birthday. He's a 48 year old man in the body of a man half his age. To prepare for this post I attempted 10 push ups yesterday. I got to 6 and realized I would never get the opportunity to run over Bill Bates anyway.


A teammate once said Herschel marches to a different drummer....and the drummer is him. His athleticism was too immense for a football huddle and as unequaled as he was on the gridiron, he was an even bigger freak on the track. Guys his size weren't supposed to run that damn fast. And when college competition proved too feeble, yet the NFL failed to answer his call....he became the poster child for a new league.


But Athens has always been near and dear to Herschel's heart. He still makes appearances and challenges other enemy coaches to fist fights. He's been as important to the University of Georgia since he left Athens as he was when he was carrying the football for our beloved Georgia Bulldogs. 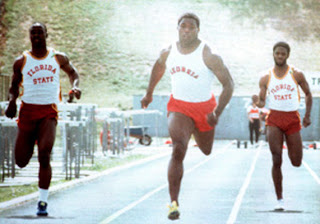 Cuz that's what legends do. To celebrate today I'm simply going to share a couple things you may not have come across in your own Herschel worship. I would love it if you would share your favorites as well.


First is Herschel's book, Breaking Free. No matter your feelings about Dissociative Identity Disorder, it's diagnosis or it's treatment, you'll come away from this book with a greater understanding of the man who wore #34. Take this portion, where he relates showing up his first day at UGA:


By this time, I was getting a bit more antsy. Somebody else had to be pulling up any minute. I walked over to the cafeteria to peek through the window to see if maybe there was another parking lot and other guys on the team were already inside laughing at me. All I saw was row after row of tables with chairs sitting on their tops, legs poking up like petals on a flower. I looked to my left and saw a piece of paper was taped to the door a few feet down from where I stood. I walked over and read it. It was the same letter as the one that had been sent to me. I looked closely and saw that the meeting was scheduled for five o'clock. What I had failed to notice, as is probably obvious to you, was that it was scheduled for five o'clock in the afternoon.

Herschel's book is chock full of stories that not only paint a clearer picture of the tremendous athlete we've grown up adoring, but also lets us into his psyche (as much as he is able to) to gain a better understanding of what has made him socially awkward, an enigma. We all have pieces of our own puzzle that we struggle to fit into our own picture. Through his book, Herschel shows you that his pieces were ridiculously shaped and ill-equipped for helping him live a normal life. 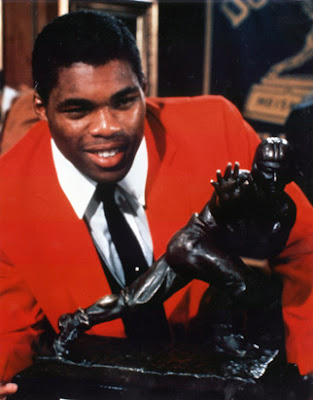 Chances may be greater that you've read this incredible article from the Sports Illustrated vault byJohn Underwood. I know I've linked to it before and have seen it linked and mentioned on other blogs. It chronicles Herschel's life as an athlete up to spring practice before his junior season. The Athens community was not alone in their wonder of Herschel's achievements, just as they were not alone in their wonderment as to whether or not college football's greatest player was entering his final season as an amateur. Dooley's Junkyard Dawgs were at their apex, having just won their second consecutive SEC crown and the football world, most notably the NFL and NCAA braintrusts were waiting with bated breath to see what this kid from Wrightsville GA would choose to do.


Would Herschel stay a senior season at UGA, leave early for a league like the CFL that welcomed his athleticism...or take the NFL to court for the opportunity to play on Sundays.
Underwood includes great quotes from the likes of:
Lastly, I'd like to also direct you to Dawgcast's special show The Legend of Herschel Walker. In this podcast Derek reads from Joe Posnanski's now infamous Herschel. I enjoyed reading Mr. Posnanski's piece. It's truly a treasure. However, I also like to hear it read and with each word Derek captures the enthusiasm and excitement with which Dawg fans embraced the legend during his meteoric rise to fame in the early 80s.


For in the end, Herschel Walker truly was and is a legend. And today, we celebrate the day he became human...for lack of a better word. 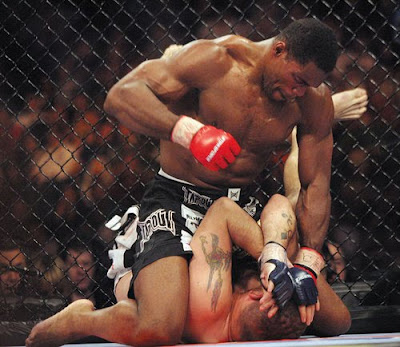