Piggy Petrino is done in Arkansas.


So in a persistent effort to help, I'd like to suggest the new Arkansas coach take the time to complete Pig Trail's Skilled Rider Course. 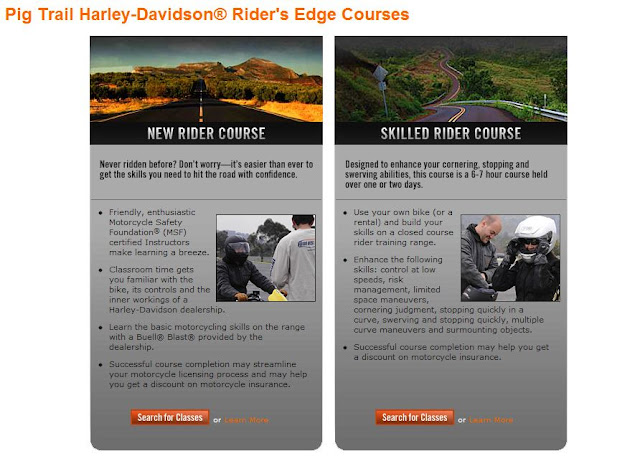 What is Pig Trail you ask? That's a Harley-Davidson dealer about 25 miles outside of Fayetteville Arkansas. For the sake of Ozzie Guillen's the new coach's wife, family, mistress, mistress' fiancé, the Hog fans and of course all the people that showed up Monday night...a head coach with better "cornering judgment" and experience at "swerving" could save everyone a LOT of hassle.

"Marital infidelity, in and of itself, does not carry the same stigma it
once did, and even though it has spelled the doom for the careers of
some, such as political and religious leaders, it often has negligible
impact on the careers of others such as actors and movie stars.
Understandably, marriages fall apart for a number of reasons since over
50% of them end in divorce in this country, and I'm sure many of the
married male posters on this site can ill afford to point a condemning
finger at this man for his dalliance. But with that being said, there is
a vast difference between being tempted and giving into that
temptation. Once that line is crossed, judgment becomes questionable,
character is compromised, and the other aspects of one's life become
subjected to similar contamination. A marital indiscretion by itself may
not result in BP's firing, but what it exposes about his behavior as a
coach could very well cause Ark. to look elsewhere; just ask Nolan
Richardson. There is an old "Alabama" tune that goes: "Down home-where a
man's good name and a handshake are all you need.." Or as another,
higher source states: "a good name is to be preferred above great
riches." In the long run, this is one joy ride I'm sure BP will regret
he ever made."

More than anything he regrets getting caught of course. I hope whatever spell this slimebag's wife has been under is finally lifted. Or better yet, maybe his salary pays for her "pool boy"...???