Monday's Meatloaf - from Athens to Atsugi

It's a small world ladies and gents. And there are Dawgs all over it.

Have had the pleasure of communicating with Jason the last week or so. He's in the middle of a two year stint while stationed in Atsugi Japan. What's in Atsugi Japan? Glad you asked. Just some badasses in a squadron whose colors are red and black.

They're the HSL-51 Warlords to be specfiic. In Jason's words HSL stands Helicopter Anti-Submarine Squadron Light. They "fly the SH-60B out of Atsugi, Japan and deploy on cruisers and destroyers from Yokosuka, Japan, all in support of the carrier USS George Washington. We will soon be upgrading to the MH-60R airframe, our newest, most advanced attack helicopter". Check out this entry from Wiki on the Warlords and their helicopter: 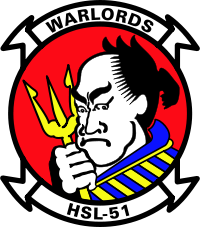 Holy crap! And these guys read my blog. Nothing against any of the rest of you, but I ain't ever heard of any of y'all controlling an attack copter with one hand while navigating towards my non-sensical mess with the other. Pretty cool. And just like your average Dawg fan, Jason bleeds red and black. But with maybe a bit more sushi in his system. He watched the game the other night from the ESPN app on his iPhone. He won't be home again until well after the season but says the television coverage there is pretty good considering.

What's just as cool is that these guys train in Jacksonville. I took the liberty of asking if they could do a flyover during a WLOCP and take care of some business on the opposing sideline, but evidently my ranking is not nearly high enough to bark those kind of orders. But seriously, thanks for all that you do guys. Keep flying those colors and thanks for reading. Go Dawgs!

Today's Ingredients
- And while we're saluting our brothers and sisters in the military, ecdawg found a Marine that stood up to a hotdoggin Longhorn. It's the greatest thing I've seen on the periphery of a football field since the state trooper fistbump.
- Weiszer's FAU wrap up includes some quotes from both Richt and Grantham.
- Meanwhile, Ching gives the gameball to two freshmen.
- Like Martin Van Dawgin, I'm a big fan of the pistol that we saw a lot of Saturday night.
- Here's Streit's week three wishlist results. And here's Hamp's wrapup as well.
- Emerson previews what this week will be like: a lot of players and coaches focusing on the game, with last season's Grantham-Franklin midfield exchange as the elephant in the room.
- Tyler whistles some Shania Twain in response to watching Saturday's meteor game.
- In his weekly post putting persons on notice, vineyarddawg tells of some scheduling news right from the AD's mouth.
- cocknfire finds two quarterbacks in Mizzou and Carolina that are limping into the game Saturday.
- A young coed screaming vulgarities in Kiffybaby's ear on a Saturday is just part of the magic of college football. (h/t Blutarsky)
- This was an interesting read by Chris Brown that talks about how Mike Shanahan is adapting his offense to the talents of his Heisman winner.
- Lastly, The Lady Sportswriter reminds us that the "journey has just begun".

So it's a good time for a temperature check. I'll start off as well by reminding myself that it's September. Sure, there's concerns. Many are concerned that the defense gives up 14 points to some owls right off the bat. Others are concerned about play calls, or attitude. Or even turnovers. 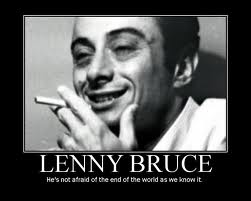 To some extent I get that. But at the same time, there is something different about this team. Hang in there. Take each game one at a time. I think this is going to be a fun ride.

The reason I think we get upset about things such as being late to the game and attendance overall is that we recognize the effort on the field and want the effort in the stands to come as close as possible to matching that each time Sanford's gates open. These guys are working hard. And these home games only come around a handful of times a year. And again, something different about this team.

And if any other servicemen and women out there happen across this little blog, please know that we greatly appreciate your effort and your sacrifice. And if you want just a little recognition, I will always be happy to oblige.

The rest of you, as you were dawg. Have a great Monday!

Bernie
Hunker'd Down by Bernie at 9:53 AM