The other day I graded out the offense. Now it's time for the defense. 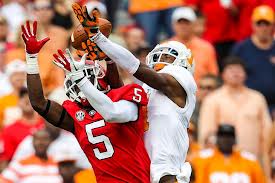 These grades have been severely hampered by the last two games in particular. Part of me wants to join in the chorus of people that are willing to throw this all at the feet of the suspensions and some rustiness once those players returned. I don't know about that. However, once the team arrives in Lexington fresh off a bye week I do know that there's no more room for that excuse.

Parting shot - Kentucky averages 18.6 points a game. If they even sniff that much Saturday night it should be a wake up call that wholesale changes are needed in the starting lineup for Jacksonville.
Hunker'd Down by Bernie at 5:34 AM