Ok now, let's harken back and hunker down. There was a time when Georgia not only dominated the series with Florida, but the gators were largely irrelevant as a football program.* The best cases to make this point... 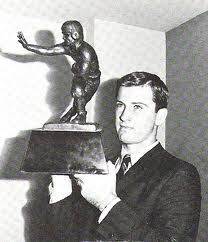 1966
Gator QB Steve Spurrier came into Jacksonville as the heir apparent to that season's Heisman trophy. The previous week he had waved off the place kicker and then kicked a 40 yarder himself to beat Auburn and move his team one step closer to their first SEC title. Florida was 7-0 and riding high...right into Georgia's hands. Dooley's Dawgs were 6-1 and undefeated in the SEC. The only loss was a defeat to Miami in Orange Bowl Stadium.


Still, the outcome was expected to go Florida's way...but from the start it was never in doubt. Spurrier famously threw 3 picks on the way to a 27-10 beating by the Dawgs. We went on to be co-SEC champs and beat SMU in the Cotton Bowl. Florida settled for an Orange Bowl win over Georgia Tech.


Fourth and Dumb
Ten years later Florida was still hungry for its first SEC crown. They had a 6-1 record and were ranked 10th in the country. And this time they jumped out to an early lead. By halftime it was 27-13 Florida. Then, in the 3rd quarter they lost their heads.

So in just those two examples (of a series that dates back well before electricity was a billable resource), Florida came in the favorite and played flat in one and had a total and inexcusable brain fart in the other. Sound familiar?

And that was with two different coaches: Graves in 1966 and Dickey in 1976. Since the World's Largest Outdoor Faceplant Party started in 1990, Georgia's had three coaches (Glen Mason's two day all expenses paid 1995 Christmas vacation excluded). If Richt is to not give way to a fourth next season, he's gonna have turn the tides of the St. John's river.

I'm just getting started here. More to come.
* Good luck arguing this point with a Florida "graduate", since football didn't start in Gainesville until 1990.
Hunker'd Down by Bernie at 7:27 PM