And then there was this matter of business:


Senior tailback Richard Samuel of Cartersville and senior defensive end Abry Jones of Warner Robins were named winners of the David Jacobs Award as the players who, by example, portray courage, spirit, character and determination. 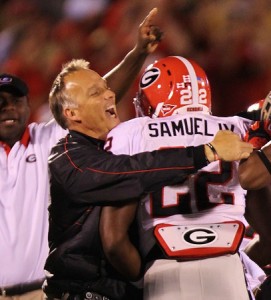