It's a must win game. And unfortunately it's one the Dawgs haven't won since Bryan Evans was the starting safety.

Tight end Arthur Lynch and receiver Rantavious Wooten, who both took redshirts but not as freshmen, actually played in that 2009 game, but they are exceptions.
“It stinks that we haven’t beaten them, especially this senior class has yet to win a game versus South Carolina,” quarterback Aaron Murray said. “Hopefully we can change that this year. It’s a brand new team, it’s a new season. We’ve got to put what happened last year, the past three years behind us and go out there, compete, have fun and try to win a ballgame.” 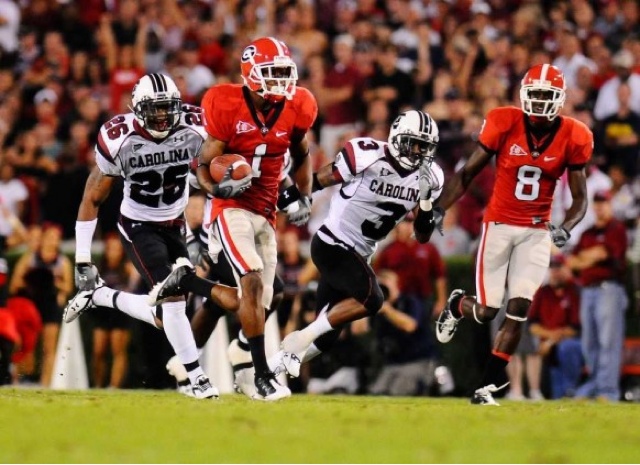