Predator, Thor, Tony Atlas and a Pterodactyl walk into a blog...

It's an off week and AthensHomerDawg suggested we have some fun. Why not, right?

There've been plenty of references to players comparing them to pop culture characters. The most popular being Quayvon Hicks to Bane or Predator: 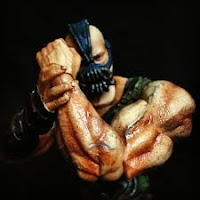 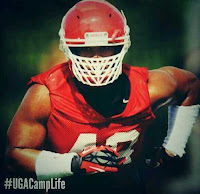 Or Brendan Douglas - as his quarterback describes him - Thor... 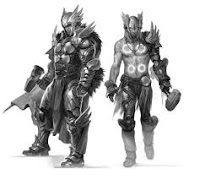 It wasn't Mr. USA's signature headbutt, but after the flying belly thunder slam on an unsuspecting Gamecock Saturday, I thought a wrestling reference for Garrison Smith would do nicely. Take it away Georgia Heavyweight Champion TONY ATLAS!!

And Jordan Jenkins of course, as the MotherF*****g Pterodactyl!! 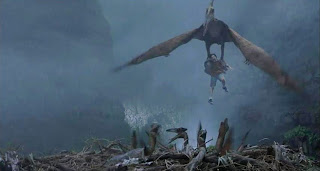 Your turn. Share any you have in the comments.
Hunker'd Down by Bernie at 11:32 AM