Because fake girlfriends have a shelf life much greater than a year...

I've got Rutgers, Tuberville's third lifers, Teddy's NFL combine and Kansas State (even though I HATE Bill Snyder's crybaby ass for pitching a hissy and landing us in the Gator against Nebraska...)
Hunker'd Down by Bernie at 5:06 AM

Email ThisBlogThis!Share to TwitterShare to FacebookShare to Pinterest
Dawg Tags: bourbon and the * key, Bowl Season

From my tree to yours. 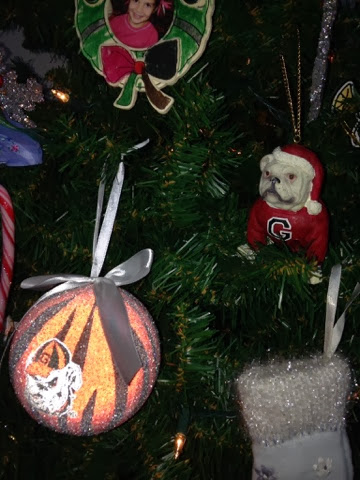 Merry Christmas y'all, and a very hearty Go Dawgs!!
Hunker'd Down by Bernie at 12:49 AM No comments:

As long as the search will take, we might as well have some (more) fun with it. Last night the beer glass got the better of me and I contributed some names. Feel free to add any I might have missed. 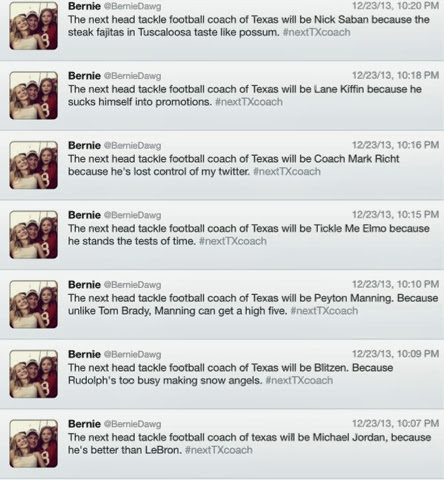 Bowl spotlight - Jim Donnan, a Bronco and a Beaver walk into a luau

Jim Donnan's career closed out the same moment the old Oahu Bowl did, on Christmas Eve in 2000. It was just the third game for the bowl, but it was the last in Hawaii before it became the now defunct Seattle Bowl.

Georgia meanwhile, brought a coach that was on his way out for another rematch with a popular post-season opponent in Virginia. The Bulldogs provided Jim Donnan with a big win over the Cavaliers, 37-14.

But today we have the Aloha Bowl, featuring another team in transition in Boise State going up against Oregon State. I've got the Beavers covering. Just don't think the Broncos will be up enough for the feast. 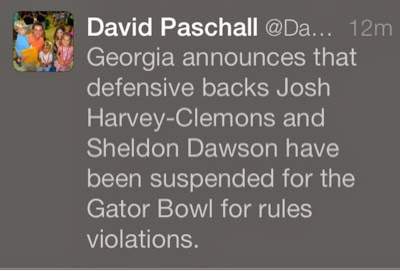 Hunker'd Down by Bernie at 6:19 PM No comments:

They're heading to Jacksonville State together.


Quarterback Christian LeMay and safety Shaquille Fluker both intend to transfer from Georgia and enroll at Jacksonville State for the 2014 season.

A source told ESPN.com on Monday that Georgia granted releases to both players and that Jacksonville State has agreed to sign the two Bulldogs.

Today we have the Beef O'Brady's Bowl between ECU and Ohio. I'm taking the Pirates to win, but I don't think they cover the two touchdowns. Mainly because of this memory...

Rufus the Bobcat took down Brutus the Buckeye in a 2010 pre-game attack that got the dude underneath the oversized head a lifetime ban from all Ohio University athletic events. Here's a video of the tackle and the tussle. Pirates, be forewarned, don't turn your back on these guys. Brazen bloodlust like this is probably rampant throughout the entire campus.