My jaw has dropped over the same pictures that you have ogled over. I even found myself raving to family members about his size and speed over this past weekend. Which is not something I myself am accustomed to doing as it relates to teenage boys.

Which leads me to this: is anyone else worried about the ramifications of such frenzied excitement? First, the kid has yet to break one collegiate tackle and we're eager to crown him with all manner of future achievements. Second, we've been down this road before with more names than I care to count.

Of course, the first point would be a lot more worrisome if Georgia's backfield were not already stocked with talent. There's a huge difference between a kid like this coming in with a legitimate shot at being the starter and having to compete with another 5-star running back in the same class, not to mention a Heisman candidate and his experienced backups. Hell, we've had a freshman in very recent memory that was practically guaranteed to start before he even finished lifting the puppy.

Then again, it's May. We need some excitement. So after telling myself to lighten up, I also remind myself to be thankful the Georgia coaches were able to sign such talent despite the depth at the position. And then I take one more glance... 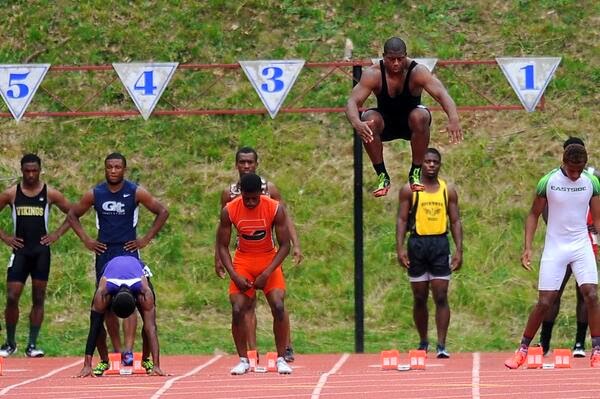