Seems a bit early for wild and unsubstantiated coaching rumors, no? Then again, 645 yards. Jeez. 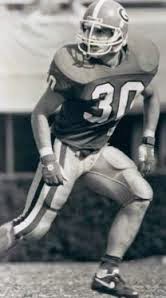 Multiple sources close to the University of South Carolina football program tell FITS the 43-year-old Georgia native is being eyed for a job as the Gamecocks’ next defensive coordinator.  In fact our sources say Spurrier is lobbying hard for Muschamp’s hiring owing to two things: 1) Muschamp’s previous success as a defensive coach and, 2) the friendship the two SEC East rivals have struck up in recent years.
Muschamp – who played his college ball at Georgia – has built elite defenses at LSU, Auburn and Texas.  In fact his 2003 LSU defense – which helped power Nick Saban’s Tigers to a national championship – is regarded as one of the best defensive units in college football history.

Being a head coach does something to one's ego. Even if the OBC and Muschamp were the best of friends it might be too much for one sideline.

Then again, I'm probably just being argumentative because I really like what Muschamp is doing down in Gainesville.
Hunker'd Down by Bernie at 6:33 AM