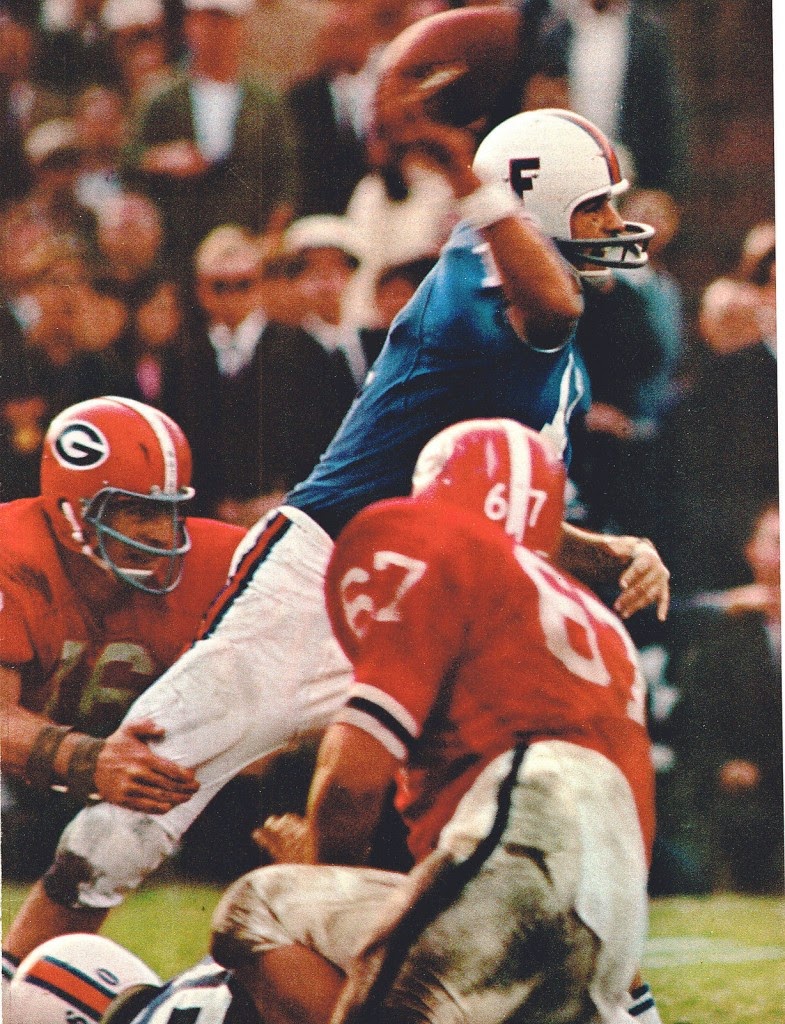 He went 1-2 against Georgia as a player. Ever since that last beatdown he took in 1966 as a senior (a game in which Florida was considered a favorite and one week after Spurrier kicked the winning field goal against Auburn to all but seal the deal for him being awarded the Heisman) he's had it out for Georgia. And he turned the whole series around in 1990 when he took over the reins down in Gainesville and he hasn't let up on Georgia since.

It's an ironic and symbiotic relationship - He HATES us and We HATE him. Now, maybe if he'd've only thrown two picks against us back in 1966 he wouldn't hate us as much. But we'd still hate him more. Because he'll always be the head gator; the one to blame for their ceaseless idiotic pompousness.
Hunker'd Down by Bernie at 3:30 PM