Nice and tidy look around the SEC by Paschall here as the conference heads into spring practice, complete with key departures, position battles and the top story lines for each team. And for a guy that is eternally fretting over the offensive line, I think he hits the nail on the head with Georgia:


GEORGIA
Spring start: March 18
Spring game: April 12
Worth following: This spring was supposed to be about the adjustment from Aaron Murray to Hutson Mason at quarterback, but that occurred late last season. The health of tailback Todd Gurley (ankle) may be Georgia's top storyline this summer if Gurley doesn't do much this spring, but the chore for now is replacing Kenarious Gates, Dallas Lee and Chris Burnette on the offensive line. John Theus has moved from right tackle and will get the first opportunity at replacing Gates at left tackle. There are nine starters back on defense with four new coaches, headed by coordinator Jeremy Pruitt, who had the same role at Florida State last season. Pruitt looks to improve a secondary that was young last season and had to learn on the fly, which resulted in several disastrous moments.

And I agree that we'll see next to nothing of Gurley this spring. There's just not much reason to chance anything with 1) the talent we already know he has, 2) the fact that he never played a game last season while fully healthy and 3) the depth at the tailback spot.

Some other thoughts from Paschall's conference synopsis:

"Every mat gets a little bit easier."

Because Richt could write a book on the malevolence of injuries

Tom Izzo needs advice on managing a roster (and likely his team's self-esteem given the sheer number of injuries the Spartans have faced). Dials a 706 area code. Of course.


If there’s any coach in collegiate athletics who knows how to deal with an absurd number of injuries to his players, it’s Georgia head football coach Mark Richt. Michigan State basketball coach Tom Izzo, who has had to deal with the same issue with his Spartans this season, must have figured as much. According to Bruce Pearl, Izzo gave Richt a call for some advice on how to overcome the injury bug.

Izzo has had to use nearly 15 different starting lineups this season, In fact, he has played a total of 12 players at least 140 minutes this year – an astounding statistic for such a highly-ranked program.

Yup. Brother Richt knows all about that Tom. One call, that's all.
Hunker'd Down by Bernie at 6:27 AM


"The one-game suspension is a result of inappropriate verbal communication as it relates to the well-being of our student-athletes," South Carolina athletic director Ray Tanner said in a statement Thursday.

Secondly...Would this even be an issue were Martin not trying to keep his team out of the cellar of the SEC? Because my guess is no. He'd be flying with the team to Starkville instead of staying behind to wash his mouth out with soap. Losing has a way of leaving a much more bitter taste in the mouths of fans than some foul language does in their ears.

Next, remember when Georgia fans had similar issues over Grantham's, er...motivational tactics? Which were mostly excused because the defense was playing better than in prior seasons.

And lastly, does anyone know the extent of Jeremy Pruitt's vocabulary? Will you even care if our defense can finally cover a wheel route?
Hunker'd Down by Bernie at 4:49 AM

Good stuff from the new defensive coordinator, And I like his sense of humor.

via Emerson
Hunker'd Down by Bernie at 8:05 AM

But since we need some experienced defensive backs....and he has a year of eligibility... 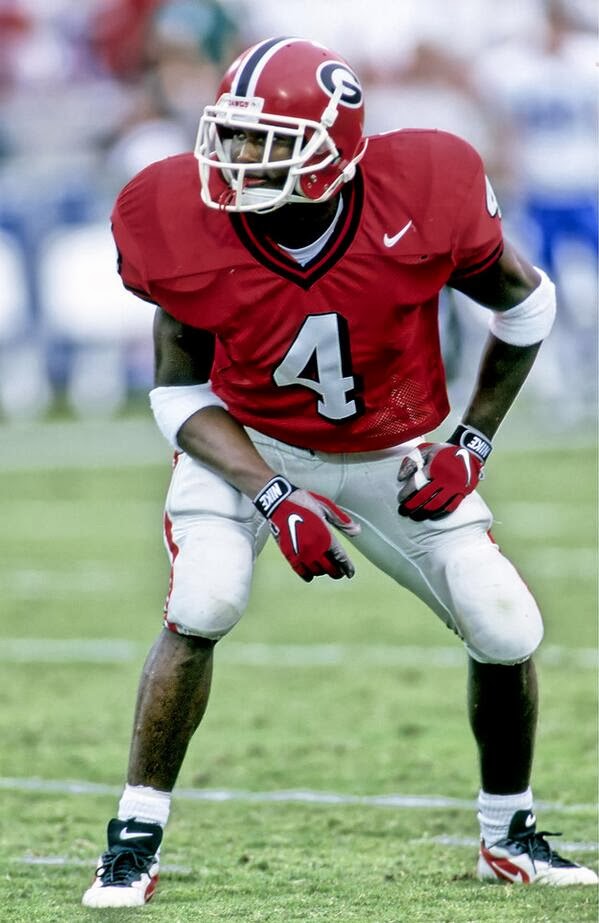 Coaching quotes - on practice and quitters

"I make my practices real hard...because if a player is a quitter...I want him to quit in practice, not in a game." - Paul "Bear" Bryant 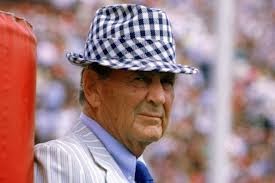 "Name That Tune" to air from Sanford starting today!

If you happen to walk-drive-jog-meander around Sanford Stadium the next few days you just might see George DeWitt shoving a microphone in front of AD McGarity. 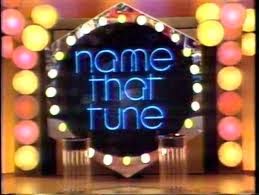 “Some of the work may result in limited periods of high volume music and test sounds inside the facility,” according to the announcement. “Significant efforts are being taken to reduce the time when potentially disruptive sound may be audible outside of the stadium. There will be specially designated time periods used in order have a minimal impact on activities in close proximity to the area.

For what it's worth, with the help of the Redcoats I can name Krypton Fanfare in just two notes.
Hunker'd Down by Bernie at 6:21 AM

Humpday Hilarity - One Inch of Snow

We can't make winter go away. But we can make fun of it until it does. (h/t PWD)

Turns out there was more than one Howard's Rock vandal I guess. Unless these guys broke a tractor or something.

Emerson reminds us of the cautionary tale of spring's empty expectations:

Remember last year, when the defense clearly had the better G-Day game? How’d that turn out? And remember how Jonathan Rumph was an offensive star? Again, how’d that turn out?
Some programs elsewhere are actually eliminating their spring games, replacing it with a practice, which they feel would be more productive. I doubt Georgia would go that way, as G-Day has become an ingrained part of the spring, and a nice event for fans...

Ok. I'll resist the temptation to fan any flames. Promise.

Probably.
Hunker'd Down by Bernie at 4:51 AM

And thanks for proving year in and year out that age is just a number. 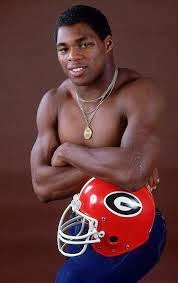 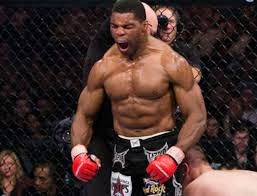 The Junkyard Podcast, episode no. 1

Be careful what you ask for Reader. You might just turn into a Listener.

So this is the first podcast from The Junkyard. I ran into some expected and predicted technical difficulties. As a result, I ended up uploading what I had into Soundcloud. That's kinda like a pass getting tipped into a waiting Auburn receiver's hands. But whatevs. It at least saved what I had and allows you to listen in. But eventually (hopefully before the next episode) I will have that side of things squared away and ready to push into iTunes so that y'all can add the feed to whatever service you use to grab podcasts from the internets. This one just didn't work that way.

Also, there's some sound problems that I would describe as pretty minor. But overall I thought it was pretty good considering the extra hurdles. Live and learn. And now listen....


Here are the links from this episode. Thanks for tuning in. Go Dawgs!

Herschel wins celebrity cook off
1 Beer 1 Song
McGarity on new rule
McGarity wants a new drug song
Groo weighs in
Hunker'd Down by Bernie at 4:53 AM

There are just no words to describe this level of idiocy. I should just follow Scott-Wesley's lead and laugh it off. 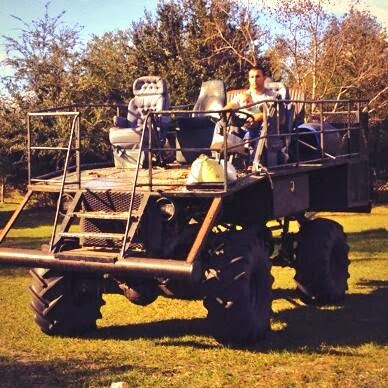