Malzahn: the troll is strong with this one 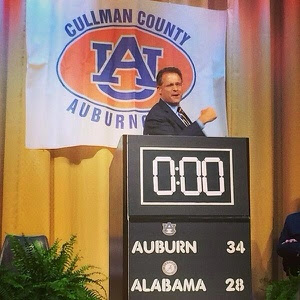 Hunker'd Down by Bernie at 5:06 PM No comments:

There's an opening in Athens and the message boreds are lighting up.

Assistant coach Stacey Palmore will not return next season, the school announced Thursday afternoon.
Palmore had been on staff for all five of Fox’s seasons at Georgia after coming from Virginia Tech.
“I believe that we accomplished a lot of great things in those five seasons,” Palmore said in a release issued by the school. “However, I felt that now was the right time to pursue other opportunities in my career and to be able to spend more time with my young son.”

Oh wait. Nevermind.
Hunker'd Down by Bernie at 2:39 PM 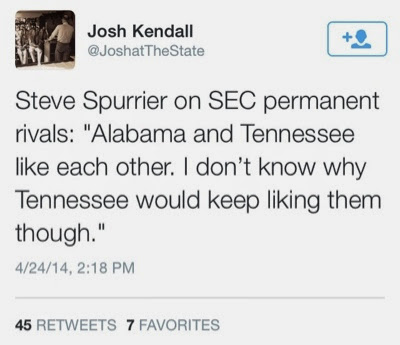 The Red and Black takes a look at potential freshmen impact players for this fall. No real surprise that the four incoming offensive linemen have real chances to play, especially after GDay's musical chair rotation on the line.

Originally, it seemed that junior John Theus was guaranteed to start at left tackle and senior Kolton Houston would be the right tackle while the guard positions figured themselves out. However, offensive line coach Will Friend has been verbally displeased, especially with the left guard competition, which resulted in Houston being moved to left guard and Mark Beard inserted as the left tackle during G-Day.
While that seems likely for now, there are still offensive-line recruits Dyshon Sims, Kendall Baker, Isaiah Wynn and Jake Edwards to come in this summer. Friend sees Edwards, Sims and Baker as tackles or guards while Wynn could play guard as well as center.
“I’m hoping they can come in ready to contribute,” Friend said. “From day one, we said when we walked in, we said, ‘Guys, a bunch of you have a shot this spring and then if we don’t see things like we need to in the spring then it’ll be the guys who get here’s chance,’ so they kind of know that and those guys were recruited to give them an opportunity and we’ll give them a shot.”

On the one hand I like the idea of pretty much everyone but Andrews coming in competing for a spot as a starter. But on the other, it's a tune we've hummed along to before.

Hopefully the freshmen quartet comes in sharp.
Hunker'd Down by Bernie at 9:01 AM

The strength and conditioning program for the Georgia football team may not be message bored approved (and really, how could it?) but it's come a long way since the honor system of yester year.

Here’s how Richt described the difference in the weight room.
“Instead of just doing 10 bench presses and then I’m chilling and getting a drink of water and I’m coming back and get me 10 more and build strength, you want to build strength, endurance and even get your heart rate pumping,” Richt said. “Lift, lift, lift, boom, get a little quick blow. Boom, boom, boom. You’re building strength and endurance at the same time.

That seemingly small, but actually huge difference coupled with the fact that coaches will now be able to spend time with their leaner, meaner fighting machines this summer should produce results; ones that should be noticeable in those pictures leaked from practices and scrimmages during fall camp.

So we shouldn't hear talk of dieting in August. If we do, someone dropped the ball.

Because if there's one major difference between the S&C program now as opposed to just a few years ago, it's that there are much more than one set of eyes on it. And they ain't just giving it a passing glance. Not when the star tailback is included in the group as being "overweight".
Hunker'd Down by Bernie at 8:27 AM 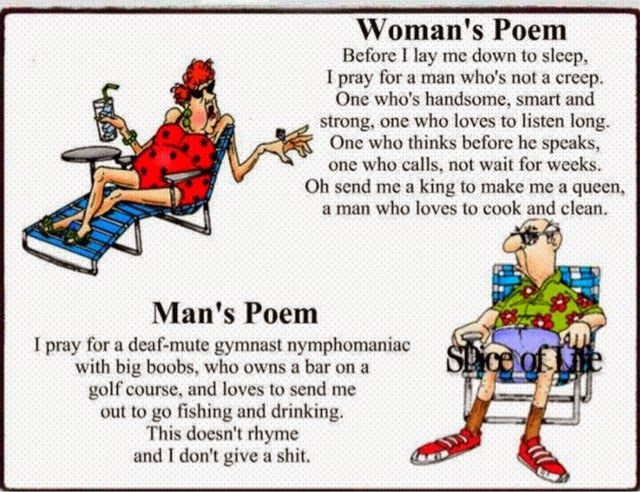 All is calm on the defensive front

Spring practice is done and the off season now bears its full weight upon us. Contrarily, the defensive coaches, just a week removed from wanting to dismiss any awards bestowed upon his defense are feeling something closer to satisfied.


"No, I just think he's a little beat up," Rocker said. "I think Ray's gonan be fine. Ray is gonna peak at the right time for us. So I don't worry. Ray has played in a lot of games for us, so I'm expecting him ... He will be a factor for us in the fall."

"Tramel was a highly-ranked player coming out of high school," Pruitt went on. "He went to play offense, he tore his knee up, he's playing defense. You know, Tramel is learning a new position, and he's worked hard doing it. And as long as he continues to do that (he'll be fine). I've talked to him daily about don't create unrealistic expectations. Just go out there and try to improve yourself every day."

Enjoy it while you can boys. I get the feeling it'll be back to basics come summer.
Hunker'd Down by Bernie at 6:16 AM

"You can't sit in your room and eat ice cream. So I went to work."

Garrison Smith on being shut out of the NFL Combine.

Smith, who played in both the 4-3 and 3-4 defenses at Georgia, recorded 63 tackles, 10 for loss and six sacks in 2013. He started in all 13 games for the Bulldogs and moved to nose tackle.
The Atlanta native said he felt like he and some of his fellow Bulldogs were stiffed by the NFL combine.
“That’s the biggest injustice I’ve ever seen. I’ve never seen anything like that happen before. Me personally, I feel like I had one of the best seasons as a D-tackle in the country,” he said. “… You put up them type of numbers as a D-tackle in a 3-4 defense and you don’t get invited to the combine? Wow, that’s amazing.”

Which is why last week's Pro Day was so important for Smith. He got to perform in front of NFL reps and spent time talking to several team's representatives. He might be bitter about the combine snub, but he's not sulking over it. It's evidently fueling him to make the next step in his playing career.

Smith said he values his game tape more than his ability to perform drills in shorts and a T-shirt with a stopwatch in the hand of a nearby coach or scout.
“I feel like anybody can look good in shorts and T-shirts,” he said. “It’s a lot of T-shirt all-americans out here. It’s a lot of guys that can look good running the 40, look good doing drills, but when you put them pads on, they don’t look that good. … I’m not a T-shirt all-american. I’m backing it up with them pads on. That’s what it’s all about at the end of the day.”
Smith, who suffered an ankle injury during Georgia’s game against Georgia Tech in late November that caused him to gain some weight while he recovered, said he has trimmed down to 294 pounds, down five pounds from his weight at the start of the 2013 season. He said he’s been working on his quickness and agility as he trains with Georgia’s strength and conditioning staff in preparation for the NFL draft, which is May 810.
“I can look good in T-shirts,” Smith quipped after Pro Day. “I can look good in a birthday suit, it don’t matter. But when them pads get on, it gets real serious. In them trenches, ask about me down there. I got a lot of respect down there.”

No question. It's so easy to pull for this guy isn't it? Good on ya Garrison!
Hunker'd Down by Bernie at 6:31 AM