A toast to The Doolittle Raiders

Happy Memorial Day weekend y'all! I hope it is being spent with loved ones soaking up America's freedoms!

Who are you thinking about over the weekend? For me it's Lieutenant Colonel James Doolittle of the US Army Air Forces, as well as the other architects and pilots that carried out the "Doolittle Raid". Mac reminded me of these men a couple weeks ago. I remembered the term from history books and lecture halls from long ago. And the more I read up on them to remind myself of their bravery the more I began to appreciate their service to our great nation.

In early 1942 the US was still reeling from the attack on Pearl Harbor. Japan had demonstrated that they could do something the Americans could not - drop munitions on US soil. While the nation mourned the loss of 2,403 lives, tended to the 1,178 wounded, and repaired/tended to the crippled naval base, Doolittle planned a way for his bombers to reach Japan, make a statement of their presence, and then land safely in China.

The plan wasn't without complications, by any means. First and foremost, the B-25 bombers were larger than the USS Hornet was built for and as a consequence they couldn't be stored below deck. Instead they waited at the end of the runway, making their takeoff a shortened exercise...especially considering their full payload needed to carry out the mission.

Additionally, Doolittle feared that word would leak out of his secret mission:

About 600 miles from Japan mainland a small fishing boat was spotted and destroyed and General Doolittle felt that this small boat may have warned Japan that there is a big ass US Aircraft Carrier just outside of town...  So Jimmy Doolittle ordered the raid to proceed immediately.  As a result of the early take-off the planes would be short on fuel to reach the "Safe Zones" in nearby China despite desperate measures taken to prepare the planes in advance by engineers to give them the maximum amount of fuel storage space available including removing the tail gunner section and installing broomsticks painted like machine guns and placing a rubber fuel tank in the tail section, carrying ten 5 gallon gas cans for manual fuel addition during flight to a tank installed where the lower gun turret was, and a larger tank located in the bomb bay.  Total fuel payload was 1,141 Gallons for a 2000 mile range. (via The Doolittle Tokyo Raiders) 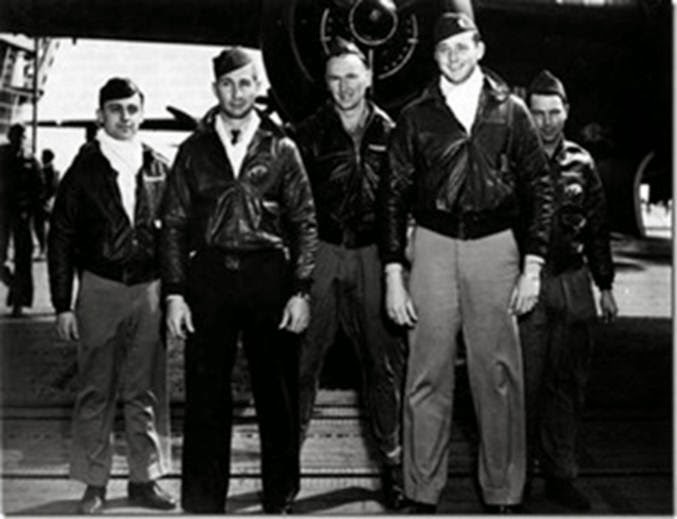 In short, they really didn't have enough fuel to carry out the mission. There may have been enough fuel to get them straight to their destinations in prime flying conditions, but they were sure to be engaged by enemy fighters and therefore be forced to perform evasive measures. All of which would burn much needed fuel and increased the risk of of navigational errors. Not mention the fact that bombers and aircraft carriers were not equipped for each other. The bottomline was they were being asked to perform a dangerous mission, one in which they may not live to see the conclusion.

Yet they went anyway.

It was Doolittle's plan, from beginning to end, and he lead the attack. All of the modified sixteen B-25's carried out their mission despite the Japanese fighters that tied to deter it. They dropped their bombs in and around Tokyo. There were no Japanese casualties.

But the Raiders were not all so lucky. Most either crash landed or bailed out. And they were the lucky ones. The mission's success reached the USA and the uptick in morale was palpable. Imperial Japan was not invincible; 80 US Army Airmen had risked their lives to prove that. The Battle of Midway resulted and it turned the tide of WWII in the Pacific Theater. For his efforts, James Doolittle went from thinking he'd surely face a court martial to being presented the Medal of Honor.

Since 1946 the survivors have gathered together and shared their stories in various cities across the nation. In 1959 the city of Tucson AZ presented the Doolittle Raiders with 80 silver goblets, each engraved with the name of a Raider. A wooden case containing each goblet follows them around to each reunion. In the case as well is a bottle of 1896 Hennessy Very Special. The idea was that once there were only two remaining of the 80 that performed the mission, they would open the bottle, pour a glass and raise a toast the other 78 goblets turned over on the case.

Last year Tom Griffin passed away, leaving just four remaining members. They are all in their 90s and decided at the last reunion that it would be their final formal gathering. Except for one last time, informally, when they would reunite, share their toast, and remember a day when they did something no one else had ever done.

And so it seems to me, that this weekend would be a good time for us to do the same. As we gather together, on lakes, porch swings, patios, church pews, swimming pools, parades...wherever you may find yourself, remember men like these that made it all possible. 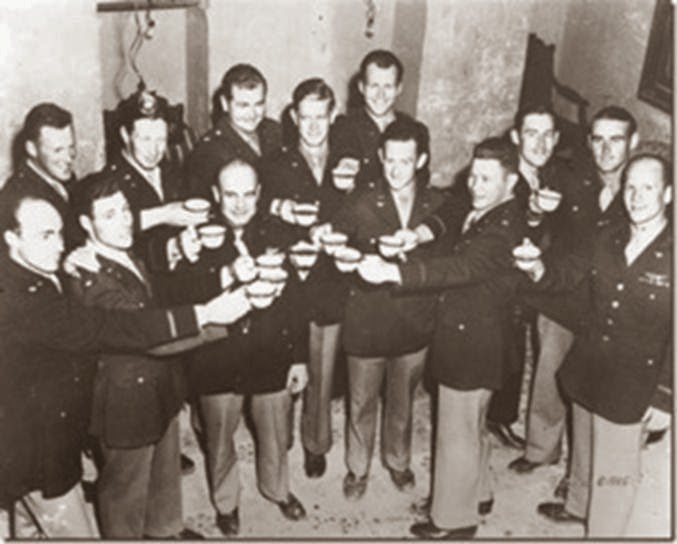 The Junkyard Dawg Podcast #10 - Conner is a Gurley Girl

My oldest daughter weighs in on all sorts of topics, such as Gurley for Heisman, her favorite players, how the 2014 season will play out, and her favorite dog breeds. 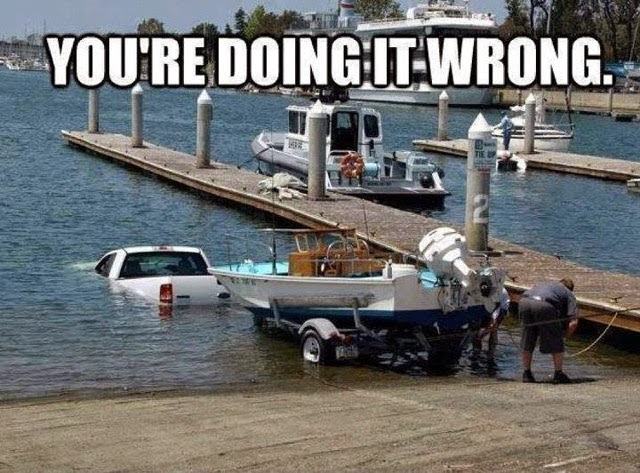 Lower my expectations? Surely you jest.

I mean it's like he doesn't remember us meeting at all, you know?

But seriously, I can't remember being more excited for a season (at least in terms of seeing the changes made in the off season come to fruition) since coaches Martinez, Jancek and Fabris left town. Heck, I'm still pinching myself over the fact that we were facing months and months of despair and much gnashing of the teeth over Grantham's defensive debacles, and suddenly were given this gift. A new lease on life. A breath of fresh air to sustain our wintry demise and give hope to summer breezes.

Ahh yes. Coach, my expectations are fine my friend. If you tell me that this Saturday it's time to tee it up between the hedges, I'm parked by the time the sun reaches the tops of the pines and the bourbon meets the ice shortly thereafter. Mason has my faith eternal. Gurley has my barbaric bark on his shoulders....and just now as I typed that, I caught a vision of Leonard Floyd tipping a pass. It was picked off and Swann housed it!

Coach, my name is Bernie. I am a Dawg, and my expectations know no bounds sir!
Hunker'd Down by Bernie at 6:26 AM

Playing with the new shiny toy - the CFB Playoffs!!

Ivan Maisel at ESPN has put together a committee and they will mock the new playoffs this week. Today they introduce their top 16 teams and the plan is to whittle them down to the predicted champion by Friday.

Fun! Here's a portion of Schlabach's breakdown of Georgia:

The Bulldogs are hoping Gurley can lead them back to the top of the SEC East and potentially into a spot in the College Football Playoff. Last season, Gurley was hampered by injuries and a torn ACL sidelined tailback Keith Marshall for the final eight games, causing UGA to limp to a disappointing 8-5 finish.
When Gurley is healthy, he's the kind of player who can carry the Bulldogs, according to UGA offensive coordinator Mike Bobo. With Hutson Mason replacing the record-setting Aaron Murray at quarterback, UGA might need Gurley to remain upright more than ever.

Yup. That pretty much sums it up. At least on the offensive side of things. And I won't be bothered if the Bulldogs aren't crowned champion on Friday. Really. I won't.

But I am interested to see the decision making in this mock playoff. It's a bold new world here folks. And it's full of questions about how much Ty Williamham really knows about life in the SEC. Is Lt. Gen. Gould more of defensive guy, or does he honestly prefer an aerial attack? Will Barry Alvarez fart in Condi's presence?

Seriously, whatever your feelings were towards the BCS and however you may feel about the way this new era will be organized, this tackle football committee thing blends objectivity, subjectivity and the human element better than we've ever imagined. It will be an efficient way of crowning a champion or an extremely lethal cocktail. (Actually, it will almost certainly be both.)

For instance, part of what ESPN does is come up with a WAY TOO EARLY power index of the teams based on offensive, defensive and special teams data in previous years. It's cool stuff for stat geeks, although I question why UGA's defense is ranked (considerably) higher than its offense considering what Bobo has done compared to his defensive counterparts.

Anyway, I hope this mock committee gives us some insight as to how they make their decisions. Afterall, that's what we'll all be concerned with come late November.
Hunker'd Down by Bernie at 11:48 AM

Grantham vs. Pruitt, a visual representation

AHD did some research and discovered this visual expression of the difference between Grantham's defense and Pruitt's new leaner version. The results are slow and plodding versus acrobatic and elusive. But what happens once the game is on the line in the late moments...??

So in summary, big and bold will get some licks in. But when the contest is in the balance he could only tap out. People talk a lot about Third and Grantham. But often it was the waning moments when his defense was fighting more for breath than the game itself.
Hunker'd Down by Bernie at 6:36 AM