If you can't bat em down, join em. 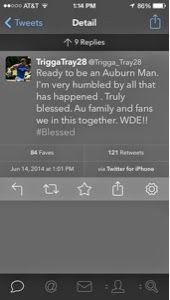 Happy Friday the 13th y'all! 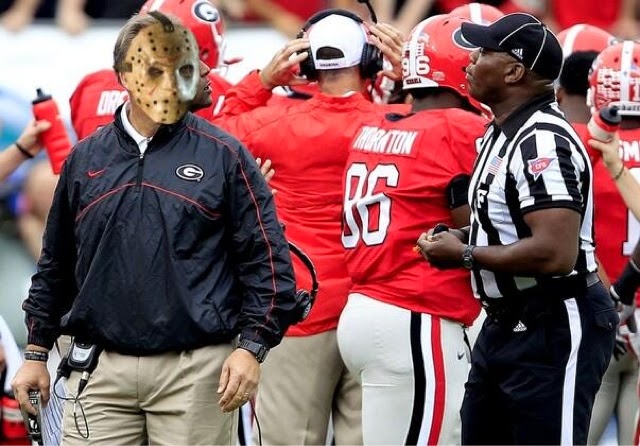 "Come play receiver for the Leak..er!"

Doesn't have quite the same ring.

Florida coach Will Muschamp announced Wednesday that receivers coach Joker Phillips has resigned from the position.
“I'm thankful for the opportunity that the University of Florida and Will Muschamp provided to me and my family, but at this time I have decided to step down from my position on the UF coaching staff for personal reasons,'' Phillips said in a release from the school.
Muschamp and the Gators didn't have to look far for a replacement either, as former Florida quarterback Chris Leak has been promoted from his role as an offensive graduate assistant to take over Phillips' old job. Leak spent the spring working alongside new offensive coordinator Kurt Roper this spring as the Gators installed a new up-tempo offense.

Seriously. I'd feel sorry for Mill Wuschamp if he hadn't asked for this shit.
Hunker'd Down by Bernie at 5:48 PM

Darkness falls on the Classic City 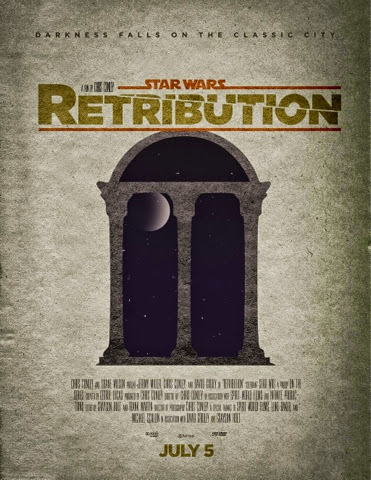 ...on his practice field. GATA girl! 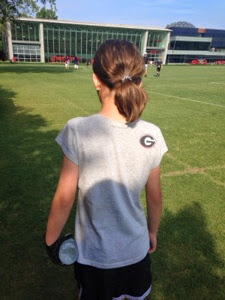 Hunker'd Down by Bernie at 9:21 AM No comments:

Amarlo Herrera has yet to have the chance to be as impressed with Nick Chubb and Sony Michel as many in the DawgNation seem to be. But he begs your pardon.

Because Todd Gurley is a damn man y'all.

(Apologies to Blutarsky for incidentally copying his headline. Great minds think alike I guess. Even when one is really far behind on his reading material.)

Let us not forget.

Been away from the laptop, and really internets altogether. Now that I am back I wanted to make one more point based on reactions to last week's starting safety departure. I've read much in support of the coaches, namely Richt for a firm disciplinary hand and also Pruitt for his relentless pursuit of a no-nonsense secondary. But there's also been some backlash, as should be expected.

I would simply add, remember where we were in early December? Remember the depth to which we had sunk late in the day on January 1st? When I wrote this post in mid-December I was less than a step away from hanging this blog up for a bit. I was out of energy and had no motivation to find my way through an off season that would endlessly regurgitate painful highlight after painful highlight. Like most of you, I needed a boost and somehow and in some weird way Bobby Petrino provided it.

So it bothers me very little to see a kid get summarily dismissed when he describes himself as having one foot out the door. It bothers me very little that Grantham wants our rejects. (Actually, it perturbs me greatly that Grantham can't stop playing grab ass with his former players. But whatevs.) It bothers me only somewhat that we will likely play some combination of walk ons and freshmen in the secondary on a week to week basis.

Look, like I said last week, we knew we needed a makeover in the secondary. I think we're just now beginning to see the depths of that need. It wasn't just talent. It wasn't just experience. It was also attitude.

We've come a long way since January 1st in our own attitude towards Georgia Bulldogs tackle football. We've been given the gift of hope. Don't fumble it before we even get to off season workouts.
Don't fumble it Reader. There's a lot of football yet to be played.
Hunker'd Down by Bernie at 5:16 AM