In part one, Robert and I discuss the attrition in the defensive secondary from both a positional and a more universal perspective. Is it us, or them?

Links from this episode:
- Tyler talks dismissals
- Find Robert on the Twitter
Hunker'd Down by Bernie at 4:32 AM

Clemson deep at RB too

Although not as experienced. They lose Roderick McDowell who had over a thousand yards last season (nearly 200 of which came against Georgia) in 189 attempts. They also lose quarterback Tajh Boyd who had 154 attempts himself. So it's expected that there would be some focus on who might absorb some of that load.

As a freshman, Howard averaged 5.6 yards per carry on 41 carries. As a sophomore, injuries held him back. Last season, he was banged up at times, but showed some growth in the passing game recording 123 receiving yards. Howard's brightest moment last season came against Wake Forest when he took a pass out of the backfield past three defenders for a 75 yard TD
He now enters the senior season of what has been a relatively quiet career but has a chance to end it with a bang, just like Roderick McDowell did last season. Howard is speedy and able to catch out of the backfield. He was a big-time recruit in 2010 and still has that home run ability, but in the past two years he's waited his turn behind Ellington and McDowell.
Finally healthy and the senior leader of the running back corps, Howard will have an opportunity to make some major contributions. I look for him to make sharper cuts, find holes, and be a major part of the run game, but only if he can make blocks and stay healthy. He has been listed as the starter on the most recent depth chart released by the staff.

Indeed. From the article and the depth chart it appears the load will fall mostly based on seniority. But Georgia's not the only program that has been recruiting the running back position well. With younger, talented backs like Gallman and Choice waiting in the wings, Georgia's defense is again going to have its hands full in the opener against the Tigers. Regardless of which one is in the backfield.
Hunker'd Down by Bernie at 9:08 AM

My response to Trigga's aunt

First things first. Please feel free to contact me. Especially if you feel I'm in any way out of line. You can email me, find me on twitter, or simply comment below. I believe in being transparent. What follows might come across as harsh. In some way I mean it to be. Let me explain...

I grew up in Athens, not as a UGA fan. But as a resident and faithful community member that has grown up believing in giving back more to that community than I was given. I went on to fall in love with much more than the city. I'm a two time graduate of the University of Georgia and a very proud member of the DawgNation. So, I hold those truths to be self-evident.

You blame "the internet". Perhaps it's goes deeper than that. I'm just saying. I once blamed a patrolman's radar for my proficiency at speeding. He proved me wrong. I paid the price. I slowed down.

The actions Tray left behind in Athens have done nothing but bring ill-will on you, his parents and everyone else that is close to him. If you have indeed spent private time addressing these egregious and malignant transgressions, your family will soon be vindicated from your nephew's wrong doings. I am sure of that. If he loves you half as much as you obviously love him he will steer clear of the trouble that he plagued himself with in Athens.

And both Athens, Auburn and, most importantly, Tray will be better for it. So please, please continue to let the internet continue to be stupid idiots. It's what we're proficient at doing.

Yes. Pardon the hell out of me if I applaud Mr. Bailey for sticking up for MY program. Pardon the hell out of me if I'm very relieved Coach Richt's locker room has been relieved of a cancer. When Tray announced (that's actually a key point right there, your own nephew announced it remember?) he was leaving I'm not sure if his sigh of relief was bigger than Coach Richt's.

But the point is both sides breathed deeply. A step had been taken in a positive direction for both parties. Move on. Without the internet bothering you. If Tray can't take the high road, show him how! I assume you are the elder in your relationship with your nephew, so act like it! Show him how to rise above the noise. Show him how to put on his big boy pants. Show him how to not read the AJC.

Please, don't get me wrong, I will be rooting for your nephew just as you are (albeit in every game but one) because I firmly believe in second chances. I am human. I have been afforded my fair share of them. I (truly) bleed red and black, but even above all of that I am a human being that wants what's best for everyone.

I was there at Butts-Mehre cheering in January 2013 when Tray's name came across the board as an official signee (even though he was already enrolled). I was just as excited when I saw he was named the most improved defensive player later that spring. I will be even more proud of him one day when he's drafted into the NFL, assuredly achieving a lifelong dream!

I don't hate you Ms. Cox-Thomas. And I don't hate Tray. But I am most definitely glad Coach Richt and Tray have parted ways. In fact, it's time you and I (and Tray) follow Coach Richt's lead and move on.

It's what's best for everyone.

Bernie
Hunker'd Down by Bernie at 7:40 AM

Email ThisBlogThis!Share to TwitterShare to FacebookShare to Pinterest
Dawg Tags: AllJackCrap, bourbon and the * key, idiots not named Terence 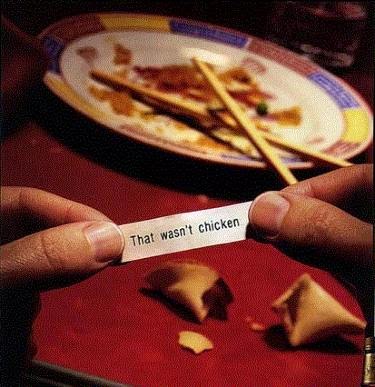 
The Irish reserve from Austintown, Ohio, was arrested Sunday night in his home county, per Mahoning County Sheriff Department documents. He faces five charges, three of which are considered felonies in the state of Ohio.The felony charges are assault of a police officer, intimidation of a public servant/party official and vandalism of a government entity. He also was charged with misdemeanor resisting arrest and disorderly conduct. (h/t AHD)

Let me know if you need Richt's phone number again Herbie.
Hunker'd Down by Bernie at 11:30 AM

Yeh yeh yeh. Off season fodder and all that. But Athlon took a poll of 12 SEC experts (which I take to mean media guys that cover the conference - it includes Barrett Sallee, Seth Emerson and Steven Godfrey among others) and Sanford ranked just behind LSU's Death Valley (of course) and Kyle Field. Here's their rundown:

Opened: 1929 Capacity: 92,746
It may not be the SEC’s biggest or loudest stadium, but it is the most beautiful. The Bulldogs' home stadium is located in the heart of the plush greenery of the gorgeous Athens campus. The famed privet hedges line the field and separate the Georgia fans from the action on the field with style that matches the dolled-up student section. Mark Richt is 68-14 “Between the Hedges” and has his team poised for another perfect home slate in 2014.

All in all, a fair assessment I think. Especially the part about the most beautiful. A couple things that stuck out to me overall: 1) I don't think I realized Kyle Field had so many seats. Over 102K. Wow. 2) Georgia gets two one votes which is a little surprising, but not as much as a nine vote by Sallee who even had South Carolina's William-Brice ahead of Sanford. Interesting.

Glad they completed this before McGarity got a chance to get jiggy with it. What do you think?
Hunker'd Down by Bernie at 11:03 AM

The team worked out with some Navy SEALS this weekend. Afterwards the word volition emerged heavily. I decided to take a closer look at its meaning:

volition, n. - the act of willing, choosing, or resolving; the choice or decision made by the will; the power of willing.

Starting to see how this could become a recurring theme in the practice/workout/team meeting vocabulary.

Regardless, there's a continuing trend towards a new air around Athens. Sure, words (especially tweets) are cheap. But there's greater accountability, as well as a definite lean away from a country club feeling and more towards a business like atmosphere.

Can't think of a better way to celebrate.

Please don't get me wrong, I pumped my fists while reading Sterling Bailey's dad go off on how it's the kids and not the system at UGA. In many ways I felt it was Coach Richt saying what he really can't say.

“When I read some of the things said, it just made me sick to my stomach,” Bailey said. “That young man (Matthews) needs to realize who opened doors for him first. I’m speaking as a member of the Georgia Bulldog family, of the Bulldog Nation, because my son goes to school down there, too. I love Tray. I love his mom and dad, too. We’re good friends. But the comments I read made me feel like they were putting down the University of Georgia, the system and the coaches. Not one time did I see it mentioned what Coach Richt or the other coaches have done for him. That’s what made me mad.
“Coach Richt and the coaching staff opened their arms to this kid. They welcomed him into the Bulldog Nation and they stood behind him. For him to come out like that and make it seem like the University of Georgia had done him wrong, that’s what makes me so mad. Same with Shaq Wiggins and the other kids who had the opportunity to play at the University of Georgia. They leave and transfer and get dismissed from the team and they blame it on the school system. It’s not the system; it’s the kids. If you come and do what you’re supposed to do and do it right, you wouldn’t get in trouble and things like this wouldn’t come about.”

But he wasn't done. What he said next I think is even more powerful. Because his own son Sterling has seen trouble while at UGA...


“Sterling, when he first got down there, he did something wrong,” he told me.

Mr. Bailey explained that, when his son was a freshman, he got a call from Ron Courson, UGA’s director of sports medicine. He learned that Sterling had failed one of the football program’s drug and alcohol screenings.

In this particular case, Sterling had violated the Bulldogs’ alcohol policy. Then underage, his blood-alcohol content at the time of the surprise morning test was enough to still be legally drunk, Mr. Bailey said.

Sterling was not suspended as a result of the failed test, but he was subjected to much discipline, Mr. Bailey said. Not only was his son subjected to a long period of early-morning extra conditioning runs but, more importantly in his eyes, Sterling was ordered to attend drug and alcohol counseling.

So there's the story we don't usually hear. The one where the kid's name isn't thrown into the headlines, but the coaches and the counselors (and the parents!) help the young man work through his transgressions. Most importantly the player decides that playing in Athens is where his heart truly is. What a great ending!

And Auburn loses yet another quarterback prospect.
Hunker'd Down by Bernie at 4:33 AM