Why the Belk is important.

Most of you aren't at all excited about this. And 50% of you that are...well, you're just pretending. Shut up! You aren't. Really.

Well, here's why you're wrong.

Buy a ticket. Or at least tune in, ya filthy animal. Go Dawgs!
Hunker'd Down by Bernie at 4:54 AM 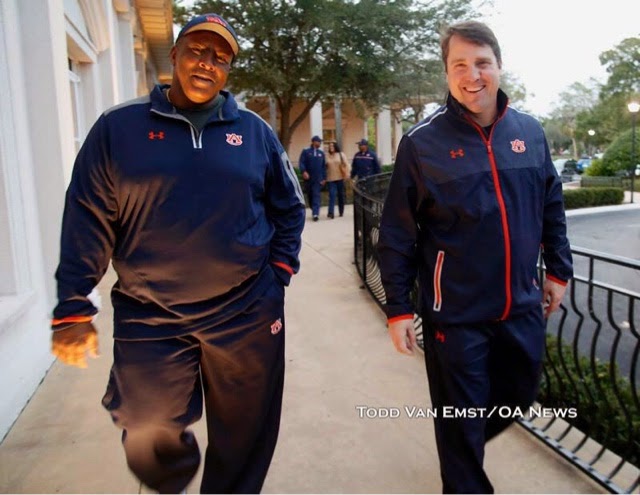 It was a hard couple of days. So look, we'll get to all of it. But not now. Tyler talked me off the ledge yesterday morning. Then I spent 10+ hours in a Tahoe loaded down with women and gifts and dirty laundry and the miracle of GPS. I got home, poured a drink and then Mac laid some truth on me.

I love you all. Truly. I really, really do. You'll never know how much.

So whatever you are into celebrating this time of year, please allow me to join you. Life is just too damn short! Let's take a couple days off and then get ready to go medieval on Grantham's worthless ass.

But back to the spirit of the season...Merry Christmas! Happy Holidays! Give your family a hug from Uncle Bernie!

Who else is leaving?

Word last night was Will Friend and recruiting coordinator Ronnie Letson were planning to join Bobo in Fort Collins. Another rumor surfacing that Pruitt is being offered the Texas A&M defensive coordinator job. If that's true then McGarity will need to make a strong play to keep him. But I seem to recall the AD balking in a similar situation last week.

So....next week in Charlotte we may be down to Richt calling the plays and the GA's signaling in the defensive alignment.

Fun times. I'm beginning to think someone has laced my figgy pudding with a hallucinogen.
Hunker'd Down by Bernie at 7:14 AM

When I was a student at Georgia the football team sucked. The actual game was just an excuse to party outdoors. The game on the field had at best a 50/50 shot at entertaining you. Then we'd all head back to the dorms to drink some more, order a pizza, and discuss the quarterback controversy.

For the record, I was a Preston Jones fan.

Anyway, in came this hotshot Eric Zeier. That dude had an arm. And holy shit we were winning some football games. Should've even won in Jacksonville! Damn. But then reality sunk in that 1) my parents were no longer going to subsidize my education and 2) Goff had squandered the best quarterback Georgia had seen in years.

However, word started to spread of this kid with a funny name - Mike Bobo. Word was his dad was a coach and the kid also had an arm. A coach's kid with a good arm sounded pretty good to me.

Well, I'm not sure he was as good as Zeier, but this new guy knew where to put the football. We won some games we shouldn't have. He threw the ball all over the field. Mike Bobo was a damn good quarterback. I remember the night we went toe to toe with Auburn in 1996 - Miracle on the Plains. Bobo didn't always amaze, but he made play after play. The Mrs. and I made her mom and aunt wait two-plus hours before we would sit down to dinner, because Dammit! The Dawgs might just win this thing after all!

Fast forward to the night news broke some guy named Mark Richt would be the next head coach at Georgia. We all gathered around Nama's computer because it was connected to something called the internet, which is what told us of all the assistants Richt was bringing to Athens. The only one we recognized was that kid named Bobo. "Y'all remember him from the Outback Bowl a couple years ago right? Nice to have a damn good Georgia man on board!"

Now, fast forward to last week. That's the same guy who served 14 years on staff, who recruited his ass off for UGA, and won ball games with actual points on the board while his bosses were giving raises to the defensive coordinator that just pulled his pants up. Same guy AD McGarity let fly off into the sunset last week to interview in Colorado.

Mike Bobo, the one time phenom that helped keep a program relevant and then helped it score many, many points, was allowed to leave on a plane to friggin' Colorado without even an offer of a raise. I don't think I'll ever get over that. Ever.

No, I'm very happy for Mike Bobo. He's past due for a shot as a head coach and even more past due for a raise in pay. He'll do well out yonder where he'll recruit circles around everyone else and surprise a few with how prepared his team is. Most of those teams will lose the game.

Email ThisBlogThis!Share to TwitterShare to FacebookShare to Pinterest
Dawg Tags: AD McGarity, bourbon and the * key, Coach Bobo, this rotgut moonshine is making me sick

Bobo has a real sharp sharpie.

He's gone. And I'm in a really dark place. Really.

The man behind the playsheet used to be accused of being the dumb one with the crayon. Truth is he never, ever got out-coached by his peers. And now he's on the way out of town. And all I can think is he's the guy that realizes the ship is on fire before the rest of us poor, dumb assholes do.

Why didn't McGarity offer him a raise before he left on that plane last week?
Why do we lose coaches (note, plural...) to Mountain West teams? (Or whatever the hell conference Canadian State is in.)
Why don't we spend money on assistant coaches?
Why did we pay Grantham money that Bobo had actually earned?
Why won't Bobo get one last chance to pull Toddles pants down on national television?

I'm pissed. Sure, I understand this is a chance for Mike Bobo to prove himself as a head coach. And sure as shit that is the way Greg McGarity will spin this development. It's not as much about money as it is a difference in opportunity. Possibly. But we could've made just one measly effort to keep the guy that's been here since before Monica Lewinsky even bought a blue dress.

It's just really, really hard to hate something you love so goddamn much.
Hunker'd Down by Bernie at 6:48 PM

Email ThisBlogThis!Share to TwitterShare to FacebookShare to Pinterest
Dawg Tags: AD McGarity, bourbon and the * key, Coach Bobo, this rotgut moonshine is making me sick

Email ThisBlogThis!Share to TwitterShare to FacebookShare to Pinterest
Dawg Tags: neither red nor black, video

With or without you...

Coach Richt has alternatives ready should Bobo be packing boxes on December 30th instead of sitting in a Bank Of America stadium booth calling plays in Georgia's bowl game. However, these alternatives are privately tucked away in his head.


Asked if he had to prepare in case Bobo wasn’t coaching at the bowl, Richt said: “We’ll have a plan for everything. I can say that.”

Would Play Caller Richt return for an encore? Does Evil Richt even have a play sheet? Personally, I hope we never find out.
Hunker'd Down by Bernie at 8:34 AM

Walking away from Sanford after losing to in-state rival Tech, I knew whatever bowl we ended up in against whatever opponent said bowl matched us up against...it'd be a huge game for the Georgia Bulldogs. When it was announced that Charlotte was the destination and Louisville was the opponent, it was a matter of time before the comparisons between Pruitt and Grantham began.

I think Weiszer hits in the biggest difference here.

The biggest difference is the vast improvement on the back end.
Georgia surrendered big plays — touchdown passes of 73 yards against Auburn, 77 against Clemson and 99 against Nebraska — last season, but hasn’t give up a pass play longer than 38 this season.
The Bulldogs are the only team in the nation to not give up any pass plays of 40 or more yards, according to cfbstats.com. Opponents had 10 against Georgia in 2013.